Susan Rice: 'Problematic' for Pompeo to be 'overtly religious' secretary of state 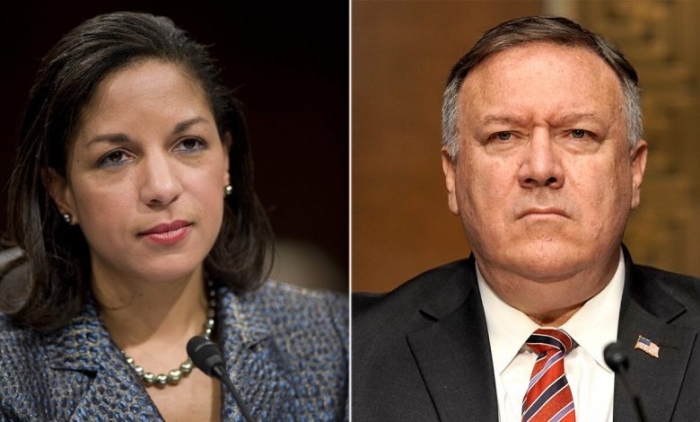 Former United Nations Ambassador Susan Rice said that it is "problematic" that Secretary of State Mike Pompeo is "overtly religious."

"Mike Pompeo has been an overtly religious secretary of state, which in itself is problematic because again he's supposed to represent all of America, all of our religions," Rice told MSNBC's Rachel Maddow.

Pompeo has often spoken publicly about his Christian faith, saying in May that he reads both his Bible and intelligence reports in the morning.

President Trump announced new restrictions for American travelers going to Cuba, barring them from purchasing rum and tobacco or staying in Cuban government-...