Trump dangles cash for US firms moving from China 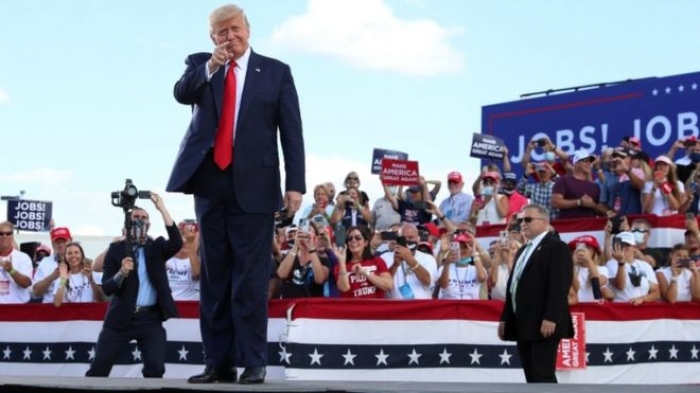 US President Donald Trump wants to offer tax credits to entice US firms to move factories out of China.

He has also threatened to strip government contracts from firms that continue to outsource work to China.

In a speech on Monday, Mr Trump vowed to create 10 million jobs in 10 months saying “we will end our reliance on China.”

It marks his latest attack on China, after moves that have involved tech companies TikTok, WeChat and Huawei.

The announcement came as tensions between Washington and Beijing have been escalating...

How Press Freedom Came Under Attack in 2020
ANALYSIS

Malala Maiwand, a reporter for Enikass Radio and TV in Jalalabad, Afghanistan, was on her way to work on Dec. 10 when gunmen opened fire on her car, killing...

China's president and European leaders met Wednesday to mark their agreement on an investment deal between the European Union and China despite a request for...

The U.S. Senate narrowly struck down legislation that would block billions of dollars’ worth of arms sales to the United Arab Emirates, marking the latest...