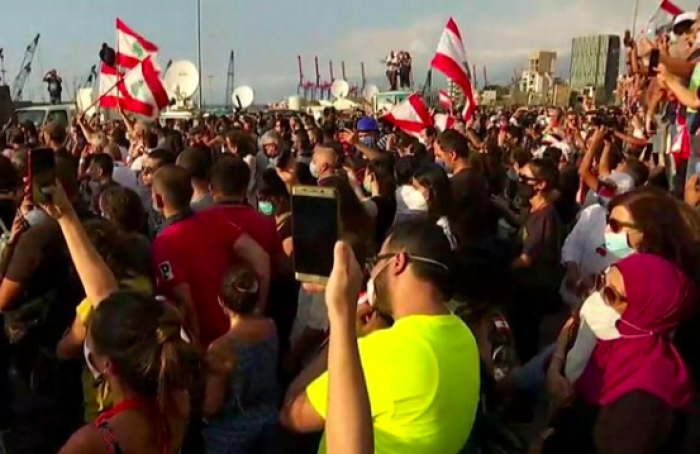 People in Beirut have attended a vigil for the more than 200 victims of the huge explosion that devastated the Lebanese capital a week ago.

A crowd stood in silence near the ruins of the city's port as a Muslim call to prayer was broadcast and church bells tolled at 18:09 (15:09 GMT).

That was the exact time when 2,750 tonnes of ammonium nitrate stored unsafely in a port warehouse detonated.

There has been outrage that so much hazardous material was kept there.

Americans give the U.S. low marks for its handling of COVID-19, and so do people in other countries
DATA

As the death toll from the coronavirus outbreak approaches 200,000 in the United States, Americans give their country comparatively low marks for its handling...