Climate Change, Environment, Water And Oceans, Conservation
Save for Later
From The Left 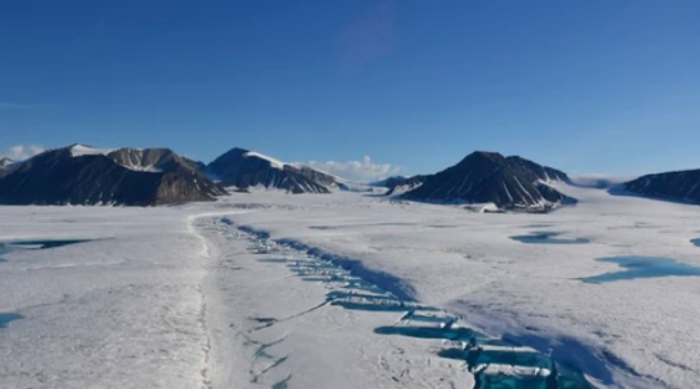 The Canadian Arctic’s last fully intact ice shelf has collapsed, losing almost half of its area—larger than the borough of Manhattan—in just two days, scientists say.

Milne Ice Shelf is located off the northern coast of Ellesmere Island in the Qikiqtaaluk Region of Nunavut, a northern Canadian territory home to some 40,000 people, mostly Inuit. Canadian Ice Services said above normal temperatures, offshore winds, and open water in front of the ice shelf caused the calving event over July 30-31.