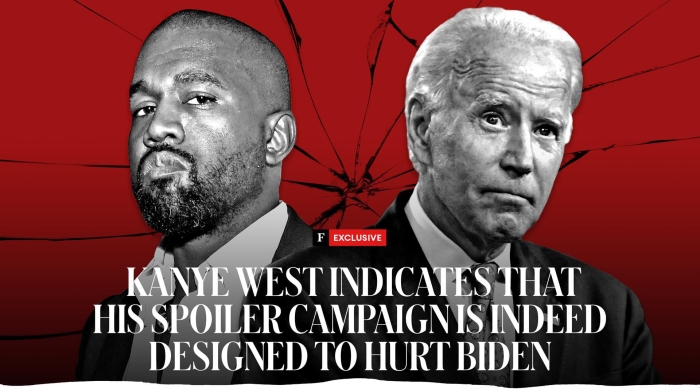 Amid various reports that Republican and Trump-affiliated political operatives are trying to get Kanye West onto various state ballots for November’s presidential election, the billionaire rap superstar indicated, in an interview by text today, that he was in fact running to siphon votes from the presumptive Democratic nominee, Joe Biden.

Read full story
Some content from this outlet may be limited or behind a paywall.
Kanye West, Donald Trump, Joe Biden, 2020 Presidential Election, Education