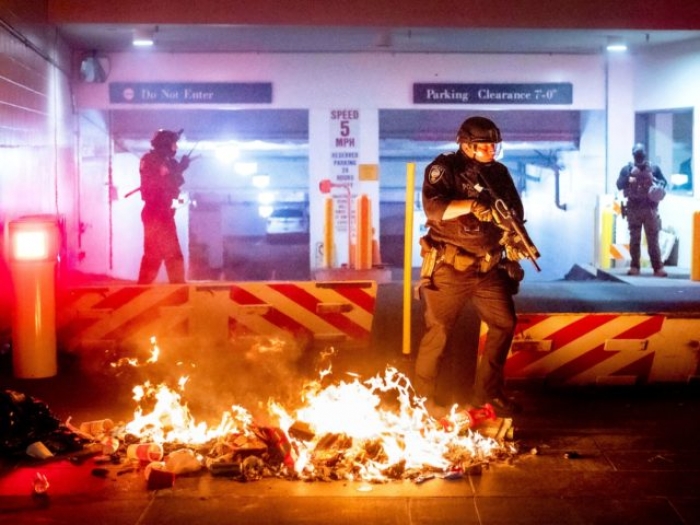 “When you commit arson with an accelerant in an attempt to burn down a building that is occupied by people who you have intentionally trapped inside, you are not demonstrating, you are attempting to commit murder,” Mayor Wheeler, who has remained relatively soft on demonstrators — even joining them last month — said.

NEWS
Breonna Taylor
The Flip Side

The truth about violent crime in American cities, explained in 11 charts
ANALYSIS

Trump speaks of “anarchy and mayhem” in cities. But understanding violent crime is much more complicated than simply looking at numbers. Next week,...

How Portland Became a Nightmare for Democrats
ANALYSIS

For Donald Trump, cities are crime-ridden, infested with rioters and looters, and overseen by liberal mayors who are either absent or complicit—or often both....

How Louisville Can Still Get Justice For Breonna Taylor
ANALYSIS

A Kentucky grand jury indicted one of the three police officers who were involved in the no-knock warrant that led to the deadly shooting of Breonna Taylor....

Louisville: Protests Break Out, Gear Unloaded from U-Haul After No Murder Charges in Breonna Taylor...

Protesters took to the streets of Louisville Wednesday after a Kentucky grand jury did not bring murder charges against any of the officers involved in the...