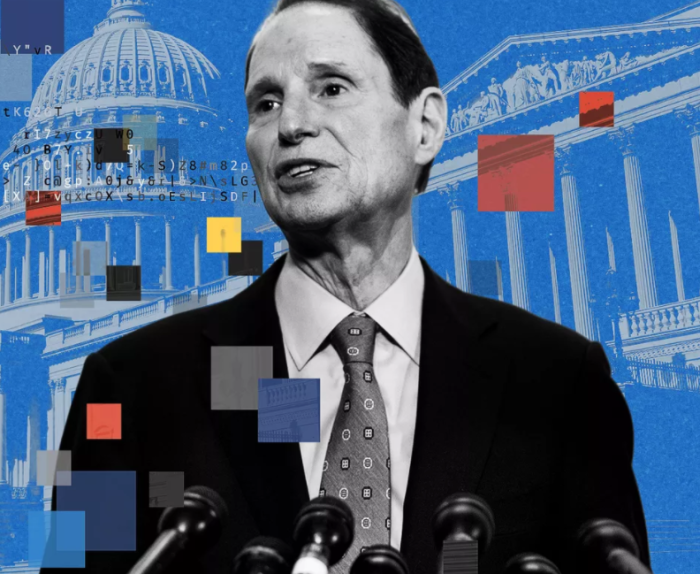 Sen. Ron Wyden is ready to send the CEO of Facebook to prison, and he has the bill to do it.

“When Mark Zuckerberg tells a whopper to the federal government about his privacy policy, not only would he face a fine, but he can face prison time!” Wyden said. In October 2019, he introduced the Mind Your Own Business Act, which he hopes will create a set of privacy and security standards that Big Tech companies and data brokers must follow and hold people like Zuckerberg accountable if they don’t — especially if they lie to the government about it. “Nobody else has said, ‘Hey, if you rip people off that way, you’re gonna face the prospect of time in prison.’”

I get the distinct impression that the Oregon Democrat doesn’t like being lied to. Wyden is not alone; several of his colleagues were similarly outraged when a 2018 New York Times report about Facebook’s data-sharing agreements cast doubt on the veracity of the CEO’s earlier testimony that the company doesn’t sell data. But Wyden’s the only one who wrote the law that made it possible for the social media giant to exist.

Wyden recently explained his outrage to me via Zoom from his tastefully appointed kitchen in Portland and me from my (considerably less refined) living room in New York City. The 71-year-old career politician has a folksy manner that almost makes you forget that he’s one of the most powerful Democrats in the Senate.

He’s also the co-creator of Section 230, the internet-defining 1996 law that has recently become the go-to target of Republican attacks on Big Tech companies. In the past couple of months alone, the Trump administration and its allies have pushed an executive order, Department of Justice recommendations, and bills in Congress, all threatening to take Section 230 protections away from companies that they believe treat conservative and liberal speech differently. Wyden’s party has also gotten in on the act, proposing bipartisan bills that would weaken Section 230.

Analysis
Private browsing: What it does – and doesn’t do – to shield you from prying eyes on the web
The Conversation