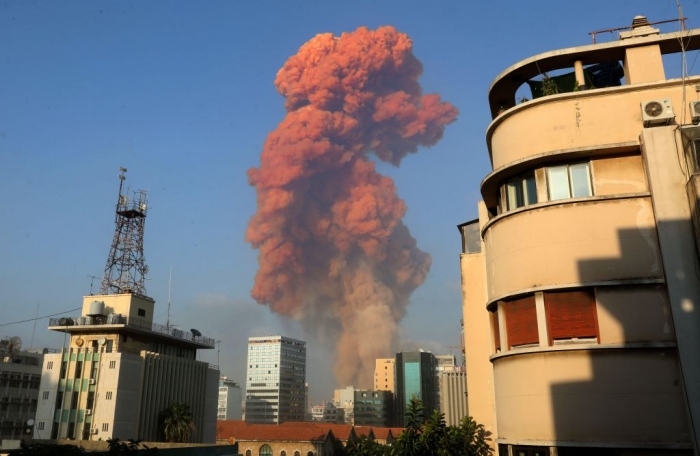 The capital city of Lebanon experienced a massive explosion Tuesday afternoon, according to preliminary media reports.

Videos of the explosion in Beirut have been circulating online, and some of the videos show a ring moving away from the site while a large plume of orange-tinged smoke subsequently erupts into the air.

According to the Associated Press, the massive explosion appears to have occurred near the sea port, which connects the capital city to the Mediterranean Sea.

Videos circulating from purportedly after the blast show destruction in the city,...

NEWS
Hurricane season takes a breather, but activity could ramp up again in October
USA TODAY

Sally is leaving widespread flooding in parts of Alabama and Florida, and rescues are underway

Sally is now a tropical storm -- but the crawling cyclone still has plenty of misery to deliver to parts of Alabama and the Florida Panhandle that it has...

Four west coast cities in the US currently rank in the top 10 for worst air quality in the world, as wildfires rage up and down the western seaboard, cloaking...

A 36-mile-wide line of flames edged into the towns around Portland, Ore., and cities along the West Coast were smothered in acrid smoke and ash on Friday as...