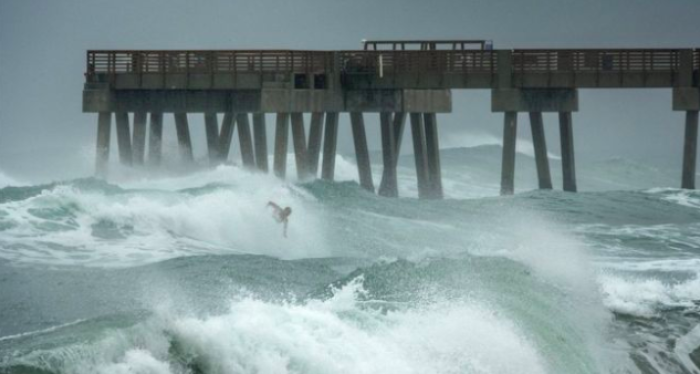 Isaias was downgraded to a tropical storm after hitting islands in the Caribbean, but was recategorised as a category-one hurricane on Monday.

It caused the deaths of two people in the Caribbean.

Isaias is the ninth named storm of the year. The NHC warned earlier Isaias would cause heavy rainfall,...

Sally is leaving widespread flooding in parts of Alabama and Florida, and rescues are underway

Sally is now a tropical storm -- but the crawling cyclone still has plenty of misery to deliver to parts of Alabama and the Florida Panhandle that it has...

Four west coast cities in the US currently rank in the top 10 for worst air quality in the world, as wildfires rage up and down the western seaboard, cloaking...

A 36-mile-wide line of flames edged into the towns around Portland, Ore., and cities along the West Coast were smothered in acrid smoke and ash on Friday as...