Cybersecurity, Social Media, Privacy, China
Save for Later
Add to My Front Page
From The Center 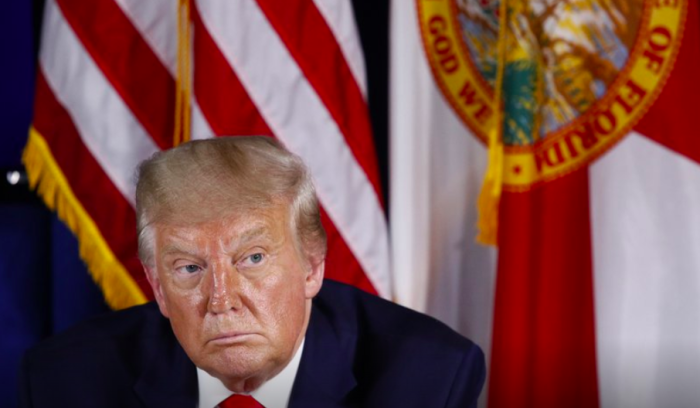 President Donald Trump says he will take action as soon as Saturday to ban Chinese-owned video app TikTok from the United States.

Trump made the announcement to reporters Friday on Air Force One as he returned from Florida.

“As far as TikTok is concerned, we’re banning them from the United States,” Trump said.

U.S. lawmakers have raised intelligence and privacy concerns about the company’s ownership. The company has denied allegations that it shares user data with the Chinese government.

The move comes as Trump has ratcheted up tensions with China...

A cyberattack last week that shut down a pipeline, which carries nearly half of the East Coast’s jet fuel and gasoline, raises the question for the zillionth...

Biden Plans an Order to Strengthen Cyberdefenses. Will It Be Enough?

A hacking of a major pipeline, the latest evidence of the nation’s vulnerabilities to cyberattacks, prompted questions about whether the administration should...

The United States will announce sanctions on Russia as soon as Thursday for alleged election interference and malicious cyber activity, people familiar the...

The Biden White House is facing multiple cyber attacks and cyber espionage campaigns targeting U.S. companies and government agencies, without the services of...

The ransomware attack that forced the closure of the largest U.S. fuel pipeline this weekend showed how cybercriminals pose a far-reaching threat to the aging...

A leaker says they are offering information on more than 500 million Facebook Inc users - including phone numbers and other data - virtually for free. The...

Google’s plan to block a popular web tracking tool called “cookies” is a source of concern for U.S. Justice Department investigators who have been asking...

Cyberattacks on Schools Soared During the Pandemic

Cyberattacks on school districts surged by a whopping 18 percent in calendar year 2020, likely due to the greater reliance on classroom technology during the...

The FBI said Monday that the ransomware gang known as "Darkside" was the group responsible for the attack over the weekend that forced the shutdown of the...

US to Respond to SolarWinds Hackers in Weeks: Senior Official

The Biden administration will respond "in weeks, not months" to the perpetrators of the SolarWinds hack, who used the U.S. tech company as a springboard to...

So Long as You Carry a Cellphone, the Government Can Track You
ANALYSIS

Cell phones are convenient devices, handily connecting us with loved ones, paying bills, accessing information—and treacherously reporting on our every move....