Portland protests, Oregon, Homeland Security, Violence in America
Save for Later
From The Left 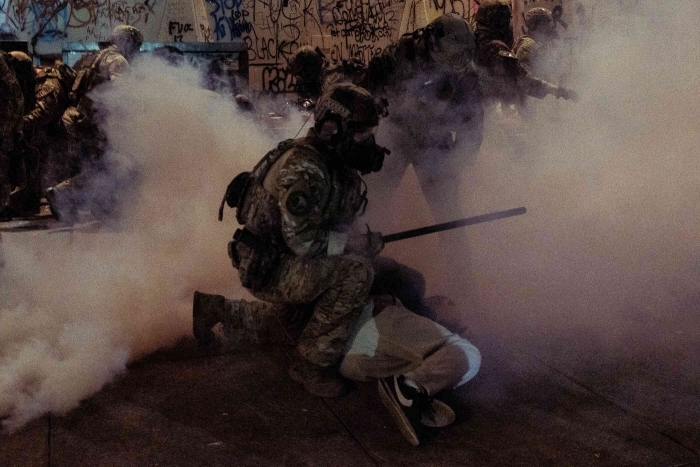 Scenes of billowing tear gas, burning fires and federal agents in riot gear have made Portland a national flash point and spurred debate over the authority of the federal government to respond to protests. Often missing from that debate was a full picture of what was happening on the ground.

As negotiations continue over when the agents will leave the city, here’s a look at how many recent nights of protest and confrontation have unfolded.

The clashes with federal officers were largely confined to a two-block stretch of downtown Portland. The mood tended to follow a predictable pattern, with large, peaceful gatherings in the evening turning to chaos later at night.

The map below shows the general extent of major downtown protests.

Much of the recent activity focused on the Mark O. Hatfield Courthouse, a high-rise structure of limestone and glass to which the Trump administration dispatched federal agents for protection in early July, after a month of continuous demonstrations.

Typically, confrontations flared up at night, with protesters setting fires and attempting to climb or cut down a fence that surrounds the courthouse.

Read full story
Some content from this outlet may be limited or behind a paywall.
Portland protests, Oregon, Homeland Security, Violence in America