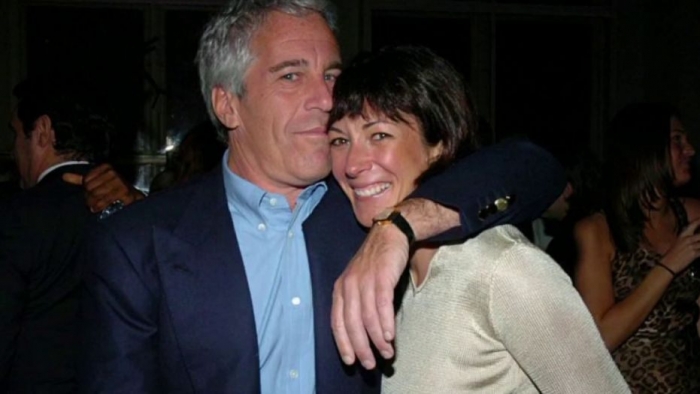 The data include records of a 2011 meeting between accuser Virginia Giuffre and her lawyers where she talked about the powerful people in Epstein's orbit who she said either flew on his private Boeing 727 or stayed on his private island in the Caribbean.

One of the names mentioned was that of former President Bill Clinton.

Maxwell's lawyers had filed an emergency motion to stop the release...

A defensive and combative Ghislaine Maxwell, the onetime partner of Jeffrey Epstein, insisted in long-sealed court testimony made public Thursday that she had...

When New Jersey lawmakers sought advice about police accountability, one of the power players they turned to was Sean Lavin, a police union leader. Lavin...

New Yorker reporter Jeffrey Toobin has been suspended by magazine executives for exposing himself last week during a Zoom call. The call was between New...

A personal scandal has reshaped the pivotal Senate contest in North Carolina, as Republicans ramp up their criticism of Democratic candidate Cal Cunningham and...

Former model Amy Dorris, the latest woman to accuse President Donald Trump of sexually assaulting her years ago, did not go public with her story because the...

More than 400 pages of deposition transcripts that had been sealed in a defamation case involving Jeffrey Epstein’s ex-girlfriend, Ghislaine Maxwell, were...

The wounded warrior husband of Cal Cunningham’s mistress has called for the North Carolina Senate hopeful to drop out of the race, after the revelation that...

'Most complete indictment of media bias ever': Cruz demands answers from CBS over Tara...

Sen. Ted Cruz is demanding answers from CBS News over why the network aired an interview with Tara Reade, who accused Joe Biden of sexual assault, in Australia...

Amy Dorris, a former model, accused President Trump of sexually assaulting her during the 1997 U.S. Open. Dorris, who was 24 at the time, told the Guardian...