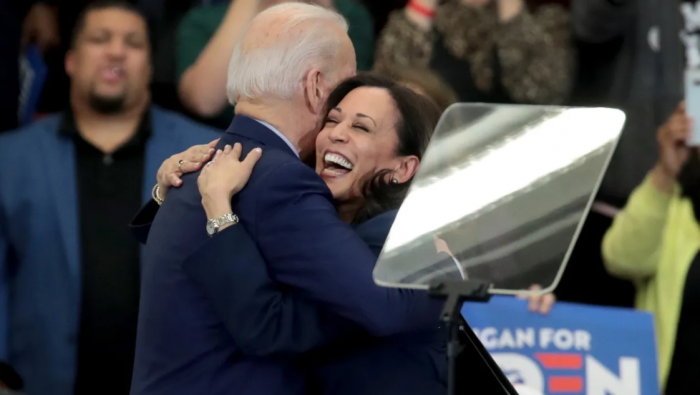 Politico made waves on social media Tuesday when they published — and promptly corrected — a biography of Sen. Kamala Harris (D-Calif.) claiming Democratic presidential nominee Joe Biden had chosen her as his running mate days from now "on Aug. 1."

Democratic nominee Joe Biden on Thursday showed the empathy and fact-based thinking at a CNN town hall that President Donald Trump has been lacking, both at...

The election impact of the Supreme Court battle

The focus of the presidential race, which for months had largely been defined by the coronavirus pandemic and ongoing protests in U.S. cities, suddenly veered...

In a wide-ranging speech at a campaign rally Saturday night, President Donald Trump ramped up attacks against his opponent, Joe Biden, calling Biden the "...

At this point, how is it even possible for Team Biden to put him in the ring with Trump? On Tuesday, at 9:22 a.m., reporters covering the Joe Biden campaign...

Topics announced for first debate between Trump and Biden

The Commission on Presidential Debates revealed the topics for the first presidential debate between President Trump and Joe Biden on Tuesday. The six...