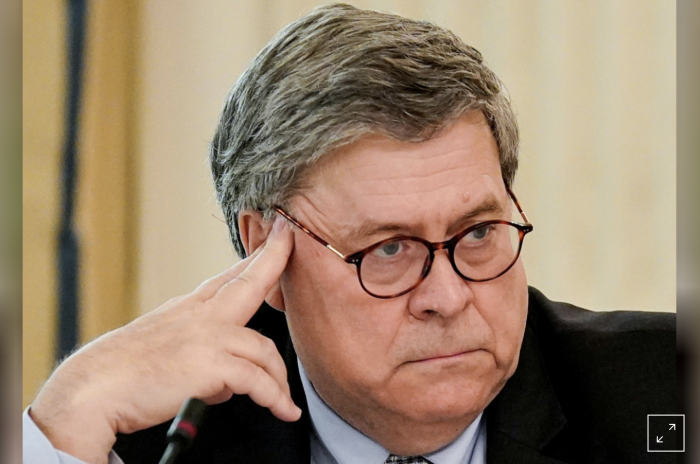 The hearing’s start was delayed after House Judiciary Committee Chairman Jerrold Nadler was involved in a car collision, CNN reported, citing sources. CNN said Nadler was not injured and had not been driving.

Reuters could not immediately confirm the collision, but a Justice Department spokeswoman confirmed the hearing’s start would be delayed.

The Justice Department has declared that New York, Seattle, and Portland are “anarchist” jurisdictions and threatened them with a loss of federal funding,...

Attorney General William Barr is facing fresh criticism over a series of appearances and provocative public remarks that appear to dovetail with key themes of...

On Wednesday night, Attorney General Bill Barr gave a speech bemoaning the criminalization of politics, and criticizing some of his own Justice Department...

President Trump warned tech companies he is "watching them very closely during this election cycle" as his administration proposed stripping online platforms...

Democratic nominee Joe Biden said Wednesday he'd give new powers to the Civil Rights Division at the Department of Justice and would bring the agency inside...

The Justice Department Sees 'Anarchy' Overtaking New York City. If Only That Were...
ANALYSIS

Today, the Department of Justice declared that New York City, Seattle, and Portland, Oregon, are "permitting anarchy, violence, and destruction." This isn't...

New York City was among three cities labeled “anarchist jurisdictions” by the Justice Department on Sunday and targeted to lose federal money for failing to...

The Justice Department is investigating whether former national security adviser John Bolton illegally disclosed classified information in his book about his...