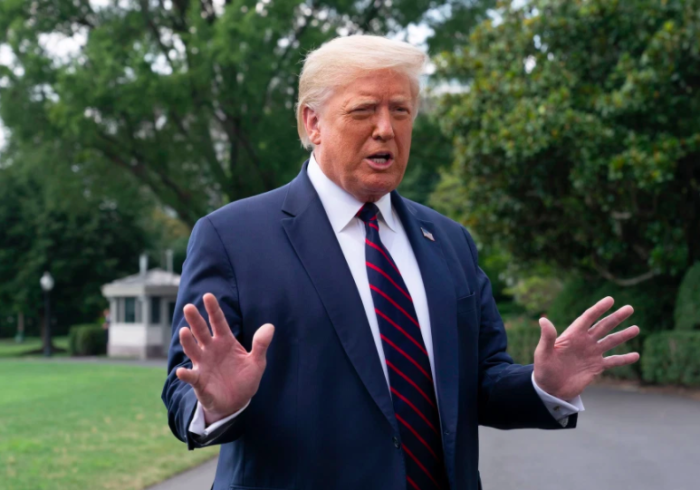 A couple of erstwhile Republican operatives who notably failed to elect GOP presidents are now trying to elect a Democratic one.

They call their super PAC, self-importantly, the Lincoln Project. The operation is devoted to churning out harsh, often ridiculously over-the-top ads attacking President Trump. The media and progressives on Twitter — the Lincoln Project’s real political base — inevitably praise the ads.

The project’s operatives tend to this constituency with a slavish devotion, catering to its longstanding hatreds and its momentary passions.

AllSides Media Bias Rating: Right
You disagree.
Thank you! Community votes alone don't determine our ratings, but are valuable feedback and can prompt us to do more research.
88894/73867

NEWS
For COVID-19, as with everything else, Americans on the right and left live in different universes when it comes to trusting the media
Nieman Lab

Everything at stake in the upcoming Supreme Court battle

The announcement of the death of Supreme Court Justice Ruth Bader Ginsburg on Friday sent a shock wave through the political world. Lawmakers, journalists and...

The US Supreme Court has long been a key consideration for voters - but now, with the death of liberal icon Justice Ruth Bader Ginsburg, it's taking centre...

The Battle Over RBG's Replacement

This Abridge News topic aggregates four unique arguments on different sides of the debate. Here are the quick facts to get you started: THE QUICK FACTS Soon...

Since the outbreak of Black Lives Matter protests a few months ago, there have been various efforts to rehabilitate violence and looting as acceptable and even...

We are enjoying, or suffering, an epoch of the toppling of statues. Now consider the recent demand for the "contextualization" (meaning the embedding of...