Homeland Security, Donald Trump, tyranny, Chicago, Violence in America
Save for Later
From The Left 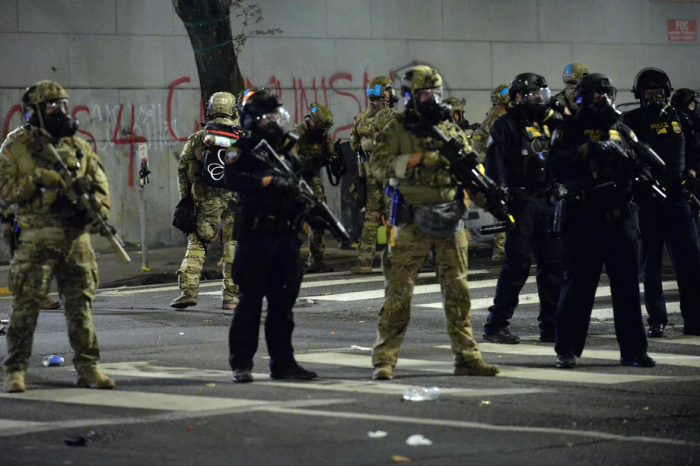 “Hitler had his Brown shirts and Mussolini had his Black shirts, now Donald Trump has his camouflage shirts.” Thus began a statement signed by 15 distinguished interdenominational religious leaders in Chicago that I joined, including ministers, priests, and rabbis.

Comparisons to Hitler are always explosive, but the comparison is apt. “Hitler’s bullyboys,” the statement continues, “operated on the fringes or outside of the law to violently intimidate Germany’s leftists and finally to exterminate Jews. Trump’s bully boys are operating on the fringes or outside the law to violently intimidate America’s progressives and people of color who are exercising their First Amendment right to protest racial injustice.”

Portland, Oregon, provides the model. Trump dispatched untrained, unidentified, camouflage-wearing, military-uniformed, no name-tagged bullyboys who are literally kidnapping protesters, stuffing them in unidentified vans, taking them to unknown locations without charges — and against the wishes of local law enforcement officers the mayor of Portland and the governor of Oregon.

Read full story
Some content from this outlet may be limited or behind a paywall.
Homeland Security, Donald Trump, tyranny, Chicago, Violence in America