Chicago, Statues, Lori Lightfoot, Race And Racism
Save for Later
From The Left 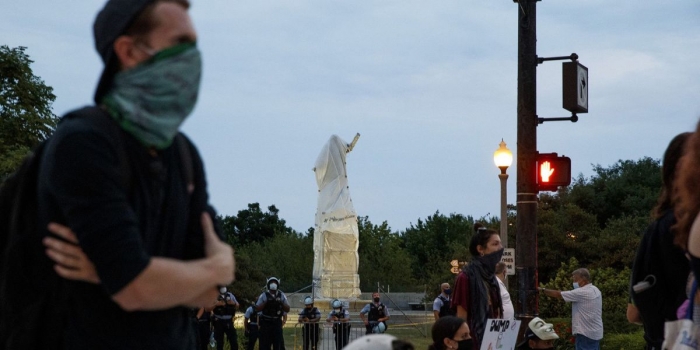 Just hours after an order from Chicago mayor Lori Lightfoot ordered its removal, the controversial statue of Christopher Columbus in the city’s Grant Park was taken down overnight.

The Chicago Sun-Times reports cranes approached the statue at 2 a.m. Friday amid demonstrations in which supporters and protesters of the move bickered with one another.

Lightfoot reportedly made the decision to remove the statue after conflicts between demonstrators became violent last week as people attempted to take the statue down themselves.