Portland mayor is tear-gassed in another night of unrest in U.S. city 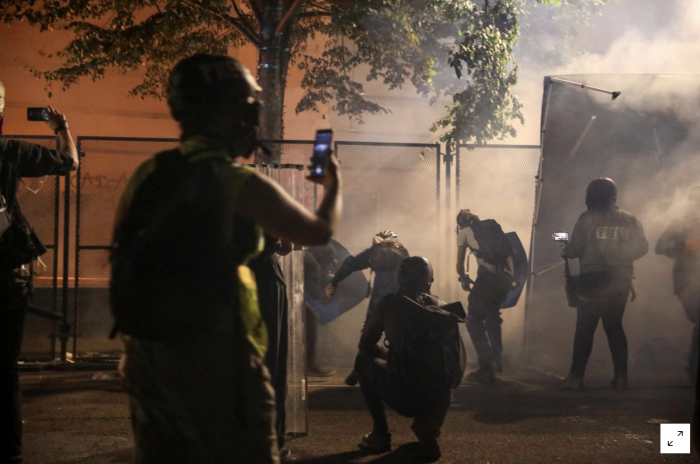 The mayor of the U.S. city of Portland, Ted Wheeler, was stung by tear gas early on Thursday morning after he joined demonstrators protesting against racial injustice and police brutality.

Security forces have frequently tear-gassed and clubbed demonstrators during weeks of unrest and Wheeler, visiting the protest site outside the federal courthouse in downtown Portland, urged federal agents to be withdrawn from the city.

“They’re not wanted here,” he said.

But Wheeler, who is also the city’s police commissioner, was jeered at by demonstrators who called on him to resign...