Violence In America, Chicago, George Floyd Protests, Monuments
Save for Later
From The Left 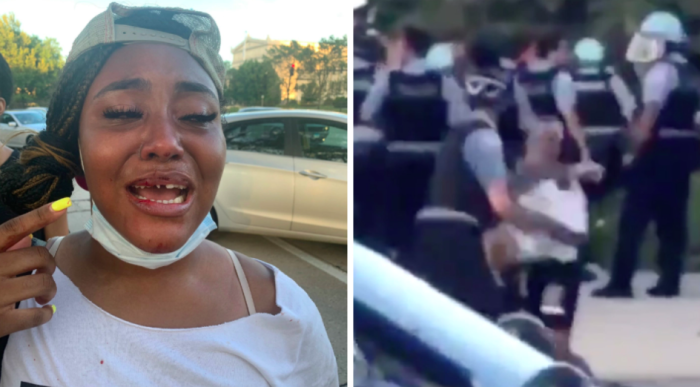 GRANT PARK — An 18-year-old activist who had just spoken to a crowd protesting at the Christopher Columbus statue in Grant Park had several front teeth knocked out by a Chicago Police officer Friday evening, according to video and multiple elected officials.

An outraged Ald. Jeanette Taylor (20th) said Miracle Boyd, 18, of the group GoodKids MadCity was assaulted by a police officer during the tense Friday night protest where police pepper-sprayed protesters trying to tear down a towering, nearly 90-year-old statue of Columbus.