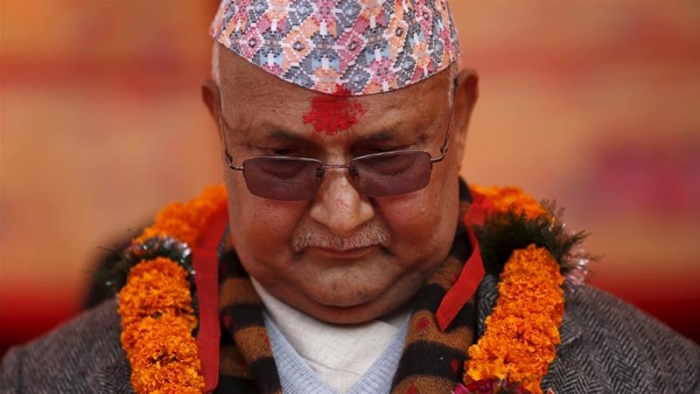 Nepali Prime Minister Khadga Prasad Sharma Oli has said that Hindu deity Ram was born in the Himalayan nation and not India, as he accused New Delhi of "encroaching on cultural facts" amid frayed diplomatic relations between the two South Asian neighbours.

"We have been oppressed a bit culturally. Facts have been encroached," Oli said at a function at his residence in the capital, Kathmandu, on Monday, according to Nepali news website setopati.com.

After decades of attempts by the Catholic Church to crush marriage equality, Pope Francis has called for civil unions for same-sex couples. “What we have to...

The American Dilemma: We’re suffering from incrementalism caused by the religious majority
OPINION

How did we get here? How did our basic human rights become a constant revolving door for our lawmakers and leaders? The fact of the matter is, what...

Evangelicals Made a Bad Bargain With Trump
OPINION

In public, donald trump has spoken in glowing terms about his evangelical supporters, calling them “warriors on the frontiers defending American freedom,”...

‘At the Intersection of Two Criminalized Identities’: Black and Non-Black Muslims Confront a...

Before Jacob Blake’s father spoke to media last month about how police gunned down his son in Kenosha, Wis., he took a moment to say a Muslim prayer. “Our...

What to make of Pope Francis' Civil Union Comments?

This Abridge News topic aggregates four unique arguments on different sides of the debate. Here are the quick facts to get you started: THE QUICK FACTS Pope...

Pope Francis has said that homosexuals should be protected by civil union laws in some of the clearest language he has used on the rights of gay people since...

More than 1,600 faith leaders have endorsed Democratic nominee Joe Biden for president as of Friday, including some who could influence evangelical votes,...

Pompeo: The Chinese Communist Party is re-writing the Bible

China continues to persecute religious minorities, rewriting the Bible to make it conform to Chinese Marxist doctrine, and sending Uighurs Muslims to re-...

A Roman Catholic diocese in New York’s suburbs on Long Island, one of the largest in the United States, on Thursday filed for Chapter 11 bankruptcy, citing the...

President Trump, who has allied himself closely with evangelicals but spoken little of his personal faith, released a new statement of his religious...

Republicans Were Prepared for Attacks on Barrett’s Religion
OPINION

In late 2018, after Brian Buescher was nominated to serve as a district judge in Nebraska, Democrats on the Senate Judiciary Committee grilled him over his...

Pope Francis is well known for his more casual approach to the papacy and tolerant tone toward homosexuality, but a new documentary reveals his support for...

‘Nobody Should Be Thrown Out’: Pope Francis Endorses Same-Sex Civil Union Laws

Pope Francis came out in support of civil union laws for same-sex couples, according to a new documentary that premiered Wednesday in Rome. “Homosexuals...