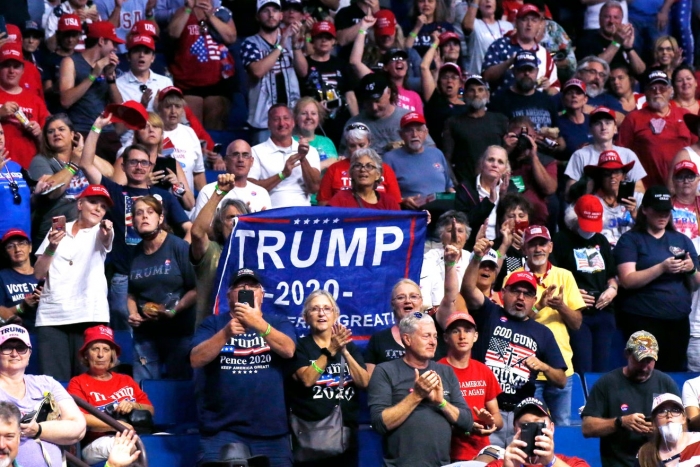 The claim: Trump campaign shirts feature imperial eagle, a Nazi symbol
President Donald Trump's campaign website recently unveiled a T-shirt that has come under fire because of design similarities between its logo and a Nazi symbol.

The similarity was first noticed, according to Forward, by two Twitter accounts, Bend the Arc: Jewish Action, described as a Jewish progressive group, and the Lincoln Project, an anti-Trump group formed by Republicans.

"The President of the United States is campaigning for reelection with a Nazi symbol. Again," Bend the Arc tweeted...