Why did liberals win so many cases before a conservative Supreme Court? 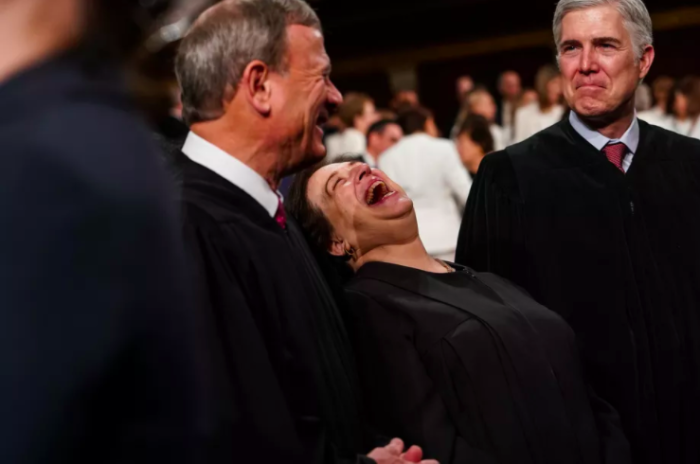 Last October, when the Supreme Court began its term, liberals had good reason to be despondent.

The Court’s most recent term, which ended Thursday, was the first full term since Justice Brett Kavanaugh, a staunch conservative, replaced his more moderate predecessor Justice Anthony Kennedy. It was also the first term where Kavanaugh helped select every case that would be heard by the justices.

Ruth Bader Ginsburg will become the first woman to lie in state in the US Capitol. Here's who...

Supreme Court Justice Ruth Bader Ginsburg is still making history, even after her death. Ginsburg, who died last Friday due to complications of metastatic...

Republicans will replace RBG but Democrats hold the trump cards – no, really
OPINION

Progressives should not worry about what will happen if they mimic McConnell’s constitutional hardball. Their representatives need only act with a little less...

As they rally behind Trump's pick, GOP senators struggle to explain refusal to move on Obama...
ANALYSIS

Sen. Cory Gardner was blunt in 2016 about why he thought a Supreme Court seat should stay vacant despite then-President Barack Obama's demand to fill it. "...

The idea of expanding the Supreme Court has caught fire among some Democrats in recent days, as the death of Justice Ruth Bader Ginsberg has ignited a...

With a nonexistent mandate, he does extraordinary damage. It was almost inevitable that President Trump would get one Supreme Court appointment during this...

Ceremonies honoring the late Justice Ruth Bader Ginsburg moved to the U.S. Capitol, where she became the first woman and the first Jewish person to lie in...

The claim: A progressive Supreme Court justice could have been confirmed by the Senate if Ruth Bader Ginsburg had retired under President Barack Obama The...

If President Trump has his way, a reinforced conservative Supreme Court majority could work quick and radical change on everything from abortion and gun rights...

The election impact of the Supreme Court battle

The focus of the presidential race, which for months had largely been defined by the coronavirus pandemic and ongoing protests in U.S. cities, suddenly veered...

Supreme Court Justice Ruth Bader Ginsburg made history Friday as the first woman to lie in state in the US Capitol. Ginsburg, who died at 87 last week due...

Does Amy Coney Barrett Want to ‘End the Separation of Church and State’?
FACT CHECK

A viral tweet claims that Judge Amy Coney Barrett has said her end goal is “to end separation of church and state...

Who's violating norms these days?
OPINION

Norms, we are told, matter. Violating norms, recklessly disregarding norms — these are charges on which President Trump is often arraigned in the court of...

Poll Respondents: We Have No Idea Who Is on the Supreme Court or What We Think of Them
ANALYSIS

Marquette Law School released some fascinating results of a survey measuring what Americans think — and what they know — about the Supreme Court. Most...