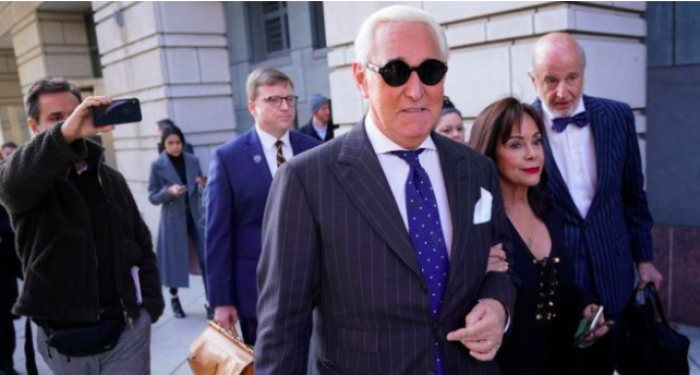 US President Donald Trump has commuted the prison sentence of his former adviser Roger Stone.

The announcement came just after the Washington DC Court of Appeals denied Stone's request to delay the start date of his custodial term of 40 months.

He was convicted of lying to Congress, obstruction and witness tampering.

Stone was the sixth Trump aide found guilty on charges linked to a justice department probe that alleged Russia tried to boost the Trump 2016 campaign.

The 67-year-old had been due to report to a federal prison in...

NEWS
Illinois Has Promised to “Infuse Love” in Its Juvenile Justice System, but What Will Actually Change?
ProPublica

Illinois Has Promised to “Infuse Love” in Its Juvenile Justice System, but What Will Actually...

COMPTON, Calif. — A violent gang of Los Angeles County sheriff’s deputies who call themselves “The Executioners” control a patrol station in Compton through...

It has been almost two months since a Los Angeles Police Department patrol car accelerated into Brooke Fortson during a protest over police violence. She still...

Inmates at a Georgia prison that’s been devastated by COVID-19 cases and a weekslong lockdown following the death of an inmate decided to fight back over the...

Until last month, New York state prohibited the release of police officers’ disciplinary records. Civilians’ complaints of abuse by officers were a secret. So...

In early August 2020, Snopes readers asked about social media memes and articles stating that Minneapolis officials had advised citizens to cooperate with...

Police in the U.S. committed 125 human rights violations in response to George Floyd protests, according to a new report from Amnesty International. In the...

Posts on Facebook claim that the address shown on the driver’s license of SpongeBob SquarePants, the animated sea sponge who has starred in the eponymous...

This City Stopped Sending Police to Every 911 Call

OLYMPIA, Wash. — On a rainy June day, the manager of a Motel 6 outside Olympia decided one guest had to leave. The woman had been smoking indoors and had an...

The Minneapolis Charter Commission brought city council efforts to defund and disband the Minneapolis Police Department to a halt Wednesday, refusing the...

Do police unions protect bad cops? How do collective bargaining agreements keep bad cops on the job? Where is there room for reform in this aspect of police...

A man who lost his leg in the 2013 Boston Marathon bombing ripped the decision of an appellate court Friday to toss the the death sentence and overturn three...

Tyler Perry Speaks Out in Support of Law Enforcement: ‘We Need More Police’

Film industry mogul Tyler Perry is weighing in on the calls for police reform while showing his support for law enforcement. During an interview on “...