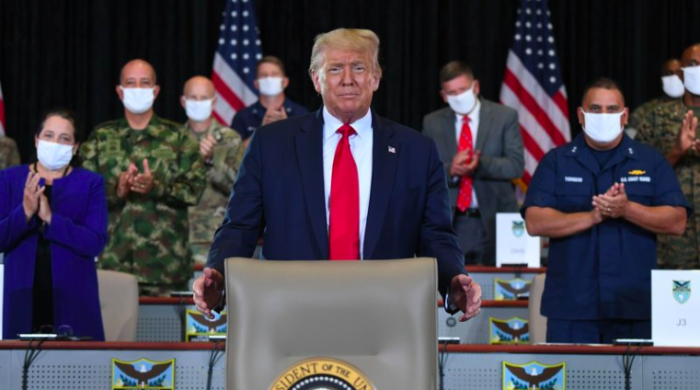 President Trump on Friday said he plans to unveil sometime in the next month an immigration measure that he said would include some protections for DACA – the Deferred Action for Childhood Arrivals program that provides for work permits and other protections for people brought to the U.S. as children by undocumented parents.

Trump had tried to cancel the Obama-era program, but the Supreme Court last month said it could stay in place.

In an effort to prepare officers for upcoming nationwide raids on undocumented immigrants, ICE officials announced Thursday that they would be sending agents...

17th immigrant dies in ICE custody, twice as many as last fiscal year

More than twice as many immigrants have died in the custody of Immigration and Customs and Enforcement this fiscal year than last after two detainees died this...

WASHINGTON/NEW YORK (Reuters) - U.S President Donald Trump is powering ahead with his anti-immigration agenda, even as voters say they are more concerned with...

Some of the starkest partisan divides on political values are seen in views about race and immigration: Democrats are substantially more likely than...

The first full fiscal year of the Trump administration saw large increases in the number of people arrested and criminally prosecuted for immigration offenses...

When Hispanics in the U.S. were surveyed last year, shortly before the inauguration of Donald Trump, about half said they worried that they or someone they...

Federal agents in Bend, Ore., clashed with hundreds of protesters late Wednesday night after an hourslong standoff sparked by the arrest of two men by U.S....

The United States must adopt an immigration system that serves the national interest. To restore the rule of law and secure our border, President Trump is...

In May of 2019, Kamala Harris unequivocally told CNN’s Jake Tapper that she would make no distinction between American citizens and illegal immigrants on a...

Illegal immigration has come to a screeching halt thanks to a wall of screeching moms. President Trump saw videos of the Portland moms on Twitter and quickly...