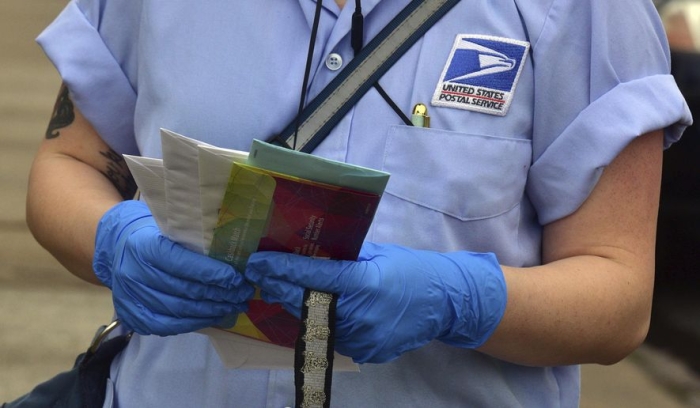 Thomas Cooper, 47, of Dry Fork pleaded guilty to one count each of election fraud and mail tampering, according to a Justice Department statement.

According to the criminal complaint, eight requests had been altered and five of them had the party affiliations changed from Democratic to Republican, something that, authorities said, tipped off a clerk who knew some of the voters.

President Trump has admitted to intentional voter suppression. The Post reports, “President Trump said Thursday that he does not want to fund the U.S. Postal...

Trump Is Hobbling the Mail the Old-Fashioned Way
ANALYSIS

On the eve of a highly consequential presidential election, when millions of citizens are eager to protect their health by voting by mail, the United States...

Last week, John Lewis took his final leave of the US Capitol. He is home, after a long and noble life of service. John deeply believed that the right to vote...

Ahead of a presidential election that could see up to half of U.S. voters cast their ballots by mail, the U.S. Postal Service is warning some states that they...

As we enter the heart of a campaign season during these uncertain times, one thing remains certain: Election Day will still take place on Nov. 3, 2020, as...

The future of Puerto Rico’s botched primaries rested in the hands of the island’s Supreme Court as answers trickled out Monday on why voting centers lacked...

President Donald Trump is suggesting the most prominent issue facing the American electoral system is not foreign; it is right here in the United States, and...

If you’ve ever made the mistake of signing up for campaign emails from Democrats, if only out of morbid curiosity, you are inundated with requests for money...

President Donald Trump on Tuesday encouraged voters in Florida to vote by mail, despite discouraging the process in other states. “Whether you call it Vote...