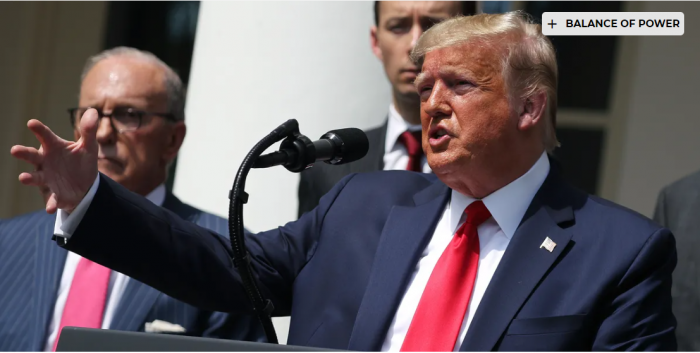 "Congress provides federal education funding to support some of the most vulnerable young people in our country," said Evan Hollander, a spokesman for the Democrats on the House Appropriations Committee. "The president has no authority to cut off funding for these students, and threatening to do so to prop up his flailing campaign is offensive."

However, Trump could restrict some pandemic relief funding and decline to sign or veto future legislation for federal grants and bailouts for schools.

Trump and his administration have previously proposed cutting federal grants for schools as well as reducing the Education Department's budget, but Congress, which has oversight power when it comes to federal grants, has continued to reject these proposals.

"As with all legislation generally, Congress oversees the grant's implementation to ensure that the federal administrating agency is held accountable," as stated in a 2019 report from the Congressional Research Service on federal grants.

Winter Olympics: What is China's Covid policy and does it work?
BBC Fact Check