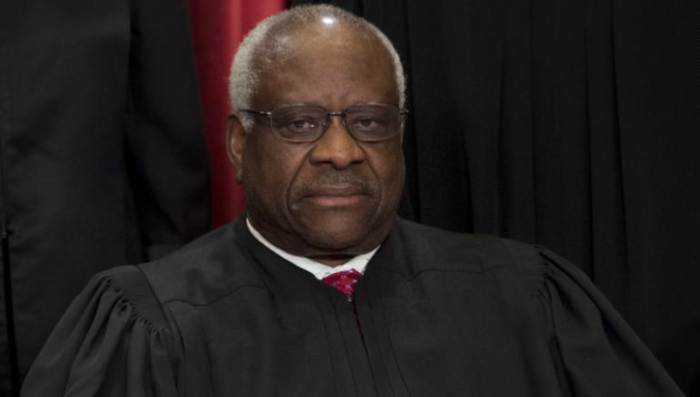 If you follow the Supreme Court, you probably know that "I would have gone further" is a maxim usually associated with Associate Justice Clarence Thomas, given that he often has a more extreme view of the Constitution than his fellow justices. And even if you don't, you've probably gotten the basic idea that "CT," as he's called around the Supreme Court building, is — in Sesame Street-ese — not like the others, even the other conservative justices.

NEWS
Should the Supreme Court have term limits?
Yahoo! The 360

President Donald Trump’s Supreme Court nominee, Amy Coney Barrett, is a devout Catholic. Obviously, that has no bearing on her fitness to join the court. The...

As Trump Unveils Nominee, Most Americans Say Election Winner Should Pick Next Justice

On the same day as President Donald Trump’s nomination of Amy Coney Barrett as his nominee to the Supreme Court, a new Washington Post/ABC News poll reiterates...

Amy Coney Barrett: what will she mean for women's rights?
ANALYSIS

Ruth Bader Ginsburg was revered, a pioneering champion of gender equality. Her potential replacement on the supreme court threatens a systematic unraveling of...

Should the Supreme Court have term limits?

The death of Supreme Court Justice Ruth Bader Ginsburg has spurred a partisan fight over her replacement and sparked a larger discussion about the structure of...

Some see the Constitution’s “no religious test” clause as preventing such inquiries. But others say asking about how religion shapes a nominee’s outlook isn’t...

President Donald Trump’s nominee to the Supreme Court, Amy Coney Barrett, will begin meeting with senators this week as Republicans push ahead with a rapid...

“President Donald Trump nominated Judge Amy Coney Barrett to the Supreme Court on Saturday.” (AP News) The left argues that Barrett’s views are out of step...

The battle for the Supreme Court is tearing America apart
ANALYSIS

In her life, Ruth Bader Ginsburg became a surprising cultural icon. Her fans called her ‘Notorious RBG’ (a play on the rapper Notorious BIG), and she was the...

The One Fear Democrats Have About the Amy Coney Barrett Fight...And It's Not a Hard One to...

If you’re going to lose, you might as well not do more damage to yourself in the process, right? Judge Amy Coney Barrett was officially nominated to fill the...

It was nice while it lasted … It appears the titillating love affair between liberal Democrats and notorious anti-Trump zealot George Conway, the husband of...