Republican Party, Elections, Decision 2020, Education, California, LGBT Rights
Save for Later
Add to My Front Page
From The Left 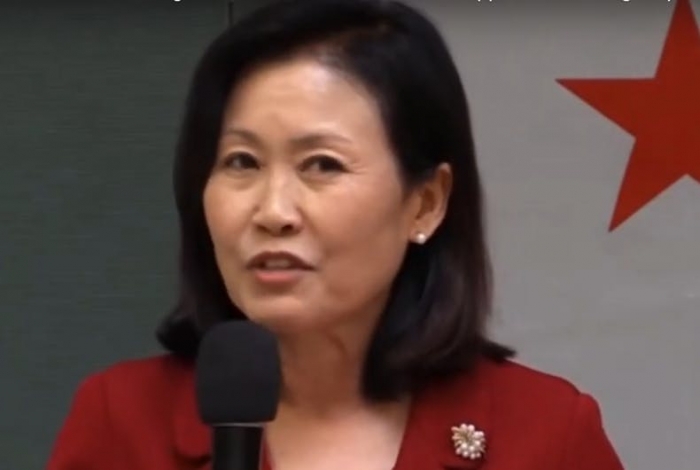 A Republican candidate for U.S. Congress was caught saying that she pulled her daughter out of college for “a year of brainwash” because the daughter supported LGBTQ equality, drawing laughs from the Tea Party crowd.

Michelle Steel is currently on the Orange County Board of Supervisors and she is running for California’s 48th Congressional District. Video of her speaking at a Newport Mesa Tea Party meeting in 2014 was released online this week.

The U.S. Supreme Court ruled Thursday that the city of Philadelphia went too far in imposing its anti-discrimination law on a Roman Catholic charity,...

The Education Department on Wednesday issued guidance that Title IX prohibits discrimination based on sexual orientation and gender identity, a reversal of the...

A years-old image showing a man pinning a female opponent during a high school wrestling match has resurfaced on Facebook in recent months, with commentary...

The first Pride marches were held in 1970, a year after the Stonewall riots in New York City. Over the last 50 years, Pride has turned from a solemn response...

Vice President Harris made an appearance with second gentleman Doug Emhoff at the Pride parade in downtown Washington, D.C., on Saturday. Speaking...

Support for same-sex marriage in the U.S. has reached an all-time high of 70%, according to a poll released by Gallup on Tuesday. The percentage...

Florida has become the latest US state to ban transgender girls and women from participating in female sports at public schools and colleges. The state's...

A Virginia elementary school teacher is suing the Loudoun County School Board after he was suspended following comments he made against a proposed new policy...

Florida has become the latest US state to ban transgender girls and women from participating in female sports at public schools and colleges. The state's...

The mainstream media were up in arms Tuesday over Florida Republican Gov. Ron DeSantis, signing a new law limiting girls' sports at...

It’s interesting how we move from the self-sacrifice of soldiers who’ve died for our freedoms into a month of self-obsession from LGBT activists who demand we...