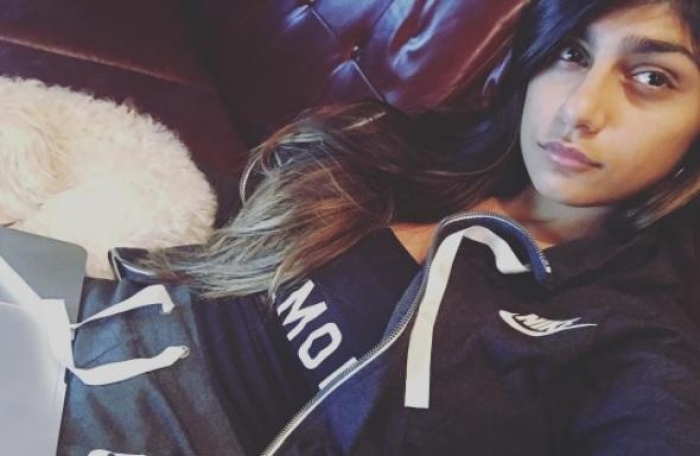 “When I say my problem with companies like BBros, X*ideos and PH ISN’T just about me this is what I mean,” Khalifa wrote.

“Around the same time that BBros hid behind a company name while I dealt with threats, assaults, and isolation… They...

How to Study Racial Disparities
OPINION

As the United States grapples with the national reckoning over race prompted by the killing of George Floyd, it has become increasingly clear that even a...

The Justice Department on Thursday accused Yale University of illegally discriminating against Asian American and white students in admissions, a major...

Admitting that they had made no significant progress in understanding where they stood in the present climate, Country Time CEO Howard Worth told reporters...

Is This the Beginning of the End of American Racism?
ANALYSIS

Donald Trump has revealed the depths of the country’s prejudice—and has inadvertently forced a reckoning. Marine one waited for the president of the United...

In the midst of the Black Lives Matter movement, it’s easy to continue seeing the United States of America as just Black and white. Here’s why it’s important...

‘Nine times out of 10, I was completely brushed off’: Black Chicagoans confront bias in health care...

Onna Ford has had enough experiences in her life — both as a nurse practitioner and a patient — to know how racism can seep into health care. Years ago,...

More than six-in-ten Americans (63%) say climate change is currently affecting their local community either a great deal or some, according to a Pew Research...

The globally averaged temperature departure from average over land and ocean surfaces for 2019 was the second highest since record keeping began in 1880,...

In 1963, the U.S. Commission on Civil Rights sent a report to President John F. Kennedy and congressional leaders, concluding: "It is now 100 years since this...

A two-year long Justice Department investigation has found that Yale University illegally discriminated against Asian American and white applicants in...

Activists are fighting racism by demanding that people of color be removed from all media, brands, logos, mascots, and anywhere else they might pop up. "...

Statues Falling: The Cultural Revolution and How to Win the Counterrevolution
OPINION

A cultural revolution is intensifying. The stakes are high. In the balance is the very nature of right and wrong; what is normal, moral, and socially...