Can Trump's anti-mail-voting crusade hurt him in key states? 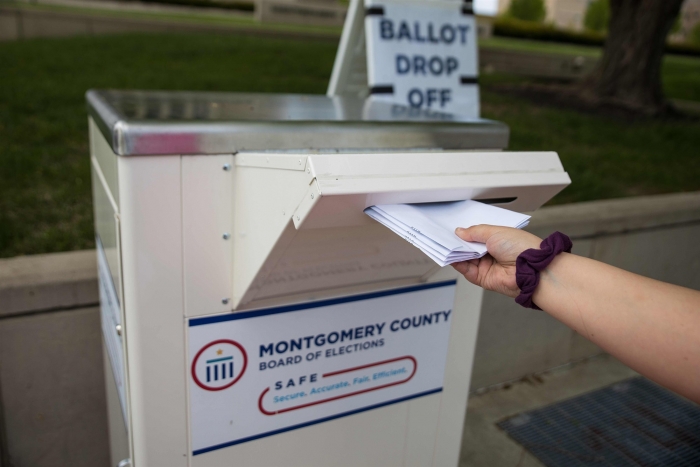 DES MOINES, Iowa — President Donald Trump’s campaign and allies have blocked efforts to expand mail-in voting, forcing an awkward confrontation with top GOP election officials who are promoting the opposite in their states.

The rare dissonance between Trump and other Republican elected officials also reflects another reality the president will not concede: Many in his party believe expanding mail-in voting could ultimately help him.

Trump Is Hobbling the Mail the Old-Fashioned Way
ANALYSIS

On the eve of a highly consequential presidential election, when millions of citizens are eager to protect their health by voting by mail, the United States...

Last week, John Lewis took his final leave of the US Capitol. He is home, after a long and noble life of service. John deeply believed that the right to vote...

President Donald Trump encouraged all Floridians to vote by mail Tuesday, just a week after he told Axios interviewer Jonathan Swan that mail-in voting on a...

As we enter the heart of a campaign season during these uncertain times, one thing remains certain: Election Day will still take place on Nov. 3, 2020, as...

The future of Puerto Rico’s botched primaries rested in the hands of the island’s Supreme Court as answers trickled out Monday on why voting centers lacked...

President Donald Trump has repeatedly attacked mail-in voting as “fraudulent” and “corrupt,” even going so far to suggest it might be a reason to postpone the...

LANSING, Mich. (AP) — A record 2.5 million votes were cast in Michigan’s primary, as people took advantage of no-excuse absentee voting amid the coronavirus...

President Donald Trump on Tuesday encouraged voters in Florida to vote by mail, despite discouraging the process in other states. “Whether you call it Vote...

President Trump suggested Thursday that the November election should be delayed due to “fraudulent” expanded mail-in voting and the coronavirus pandemic. “...

LeBron James' voting rights group is paying fines for convicted felons so they can vote in...

The voting rights organization founded by NBA star LeBron James is contributing $100,000 toward paying fines for convicted felons in Florida so they can vote,...