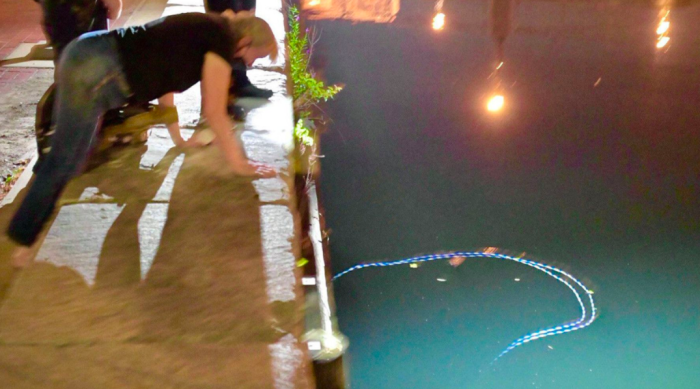 Protesters in Baltimore pulled down a statue of Christopher Columbus and dumped it into the harbor Saturday.

Video posted on Twitter showed a group using ropes to pull the statue from its pedestal in the city’s Little Italy neighborhood as others cheered. It was then rolled to the city’s Inner Harbor and pushed into the water, The Baltimore Sun reported.

The New York Police Department (NYPD) confirmed late Tuesday that officers arrested a protester and placed her in an unmarked van after videos of the episode...

Portland Mayor Ted Wheeler Thursday evening condemned the actions of rioters who attempted to set fire to a police precinct and blocked the exits while...

Portland recorded 15 murders in July — the most homicides in one month in more than three decades, according to a new report. The spate in killings comes as...