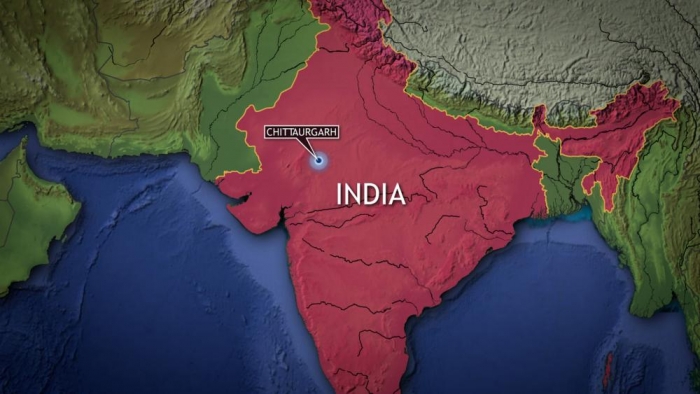 India has seen a sudden increase in attacks on Christians as more people are circulating since the COVID-19 lockdown was lifted.

The most recent incident occurred on June 21 where a pastor was praying for a sick person in Kolonguda village.

A mob of 150 people broke into Pastor Suresh Rao's house, then dragged him out and severely beat him.

HEADLINE ROUNDUP
Biden Says Era of ‘America First’ Diplomacy is Over, Declares Trans-Atlantic Alliance Is 'Back'

NEWS
Asia Was a Model for How to Deal With COVID-19. Why Is It Lagging in Vaccine Rollouts?
Time Magazine

Unlikely that Covid came from Wuhan lab, WHO says

It is “extremely unlikely” that the coronavirus leaked from a lab in the Chinese city of Wuhan, where Covid-19 first emerged, according to the head of a team...

Asia Was a Model for How to Deal With COVID-19. Why Is It Lagging in Vaccine Rollouts?

Since the first major outbreak last February, South Korea’s COVID-19 response has been a model for other nations—its government praised for its ability to...

Hong Kong Is China, Like It or Not
OPINION

No amount of outcry, condemnation or sanctions over the Chinese government’s purported encroachment in Hong Kong’s affairs will alter the fact that Hong Kong...

A US Marine convicted of killing a transgender woman in the Philippines in 2014 was pardoned Monday by President Rodrigo Duterte. The pardon came five years...

President Biden on Wednesday announced a series of steps in response to last week's military coup in Myanmar, including withholding "$1 billion in Burmese...

WHO says 'extremely unlikely' virus leaked from lab in China

International experts investigating the origins of Covid-19 have all but dismissed a theory that the virus came from a laboratory in China. Peter Ben...

Promoting democracy and exercising global leadership are core, value-laden elements of President Biden’s foreign policy vision. Both are being challenged by...

China has a long history of focusing on the political education of new generations. Under the guidance of President Xi Jinping, however, the Chinese Communist...

Former Secretary of State Mike Pompeo said Tuesday that he still believes the novel coronavirus originated in a Chinese lab despite the World Health...

Blinken Says Beijing 'Falling Short of the Mark' on COVID

Beijing is still "falling short of the mark" with allowing experts into sites where the novel coronavirus that lead to the worldwide pandemic originated, and...

While the broadcast networks (ABC, CBS, and NBC) were stoking fear of any coronavirus vaccine produced under Trump’s presidency, they blacked out the...

It made headlines as the likely source of the Navy’s worst COVID-19 outbreak, but the USS Theodore Roosevelt’s port call in March to Da Nang, Vietnam, may be...