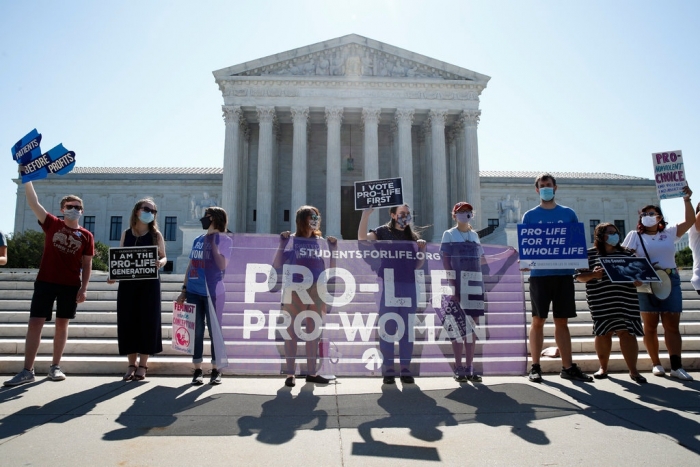 The case, over a state law requiring doctors performing abortions to have admitting privileges at nearby hospitals, is the first abortion ruling since two Trump appointees joined the court.

The Supreme Court on Monday struck down a Louisiana law that could have left the state with a single abortion clinic.

The vote was 5 to 4, with Chief Justice John G. Roberts Jr. voting with the court’s four-member liberal wing but not adopting its reasoning. The chief justice said respect for precedent compelled him to vote with the majority.

NEWS
On Day One, the Biden White House Dodges on Abortion
National Review

This Is the Case That Could Bring Down Roe v. Wade

Amy Coney Barrett has only been a Supreme Court justice for a little over a month, but the high court is already facing a case that could give the conservative...

A Look at the Future of Abortion From Colorado
ANALYSIS

With a newly expanded conservative majority on the Supreme Court, state-level fights over abortion have taken on even more significance: They’re a preview of...

Biden Is Catholic. He Also Supports Abortion Rights. Here's What That Could Mean
ANALYSIS

Joe Biden is only the second Catholic president of the United States. He's also a supporter of abortion rights — a position at odds with official teachings of...

Like many abortion rights opponents, Tom McClusky is feeling good about battles won under President Trump during his four years in office. "He has probably...

Louisiana voters voted in favor Tuesday of an amendment to their state constitution that specifies the document does not grant the right to an abortion to...

On Day One, the Biden White House Dodges on Abortion
ANALYSIS

Argentina on Wednesday became the largest nation in Latin America to legalize elective abortion, a triumph for a feminist movement that overcame a last-minute...

Will the Hyde Amendment Survive the Biden Presidency?
ANALYSIS

Saving America’s most important pro-life policy could depend on the outcome of the Georgia Senate runoff elections and the 2022 midterms. For over four...

A new report found that even in states where taxpayer-funded abortions through health care exchange plans are illegal, taxpayers are paying for elective...