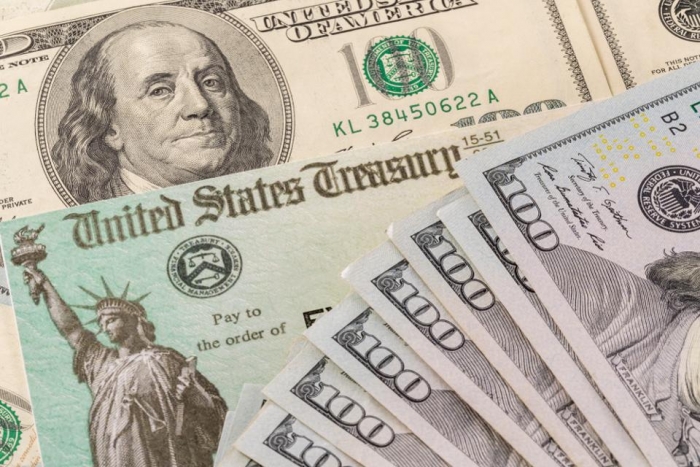 More than 1 million deceased Americans received stimulus payments totaling over $1 billion, according to a government watchdog agency in a report released to Congress on Thursday.

The payments were granted under the $2 trillion Coronavirus Aid, Relief and Economic Security (CARES) Act to help tide Americans over as the pandemic ripped through the country and forced the economy to a halt. The payments totaled as much as $1,200 to individual taxpayers and $2,400 for married couples filing jointly. The government granted an additional $500 per qualifying child under the age of 17.

In a last-ditch effort to get every single Democrat behind the $1.9 trillion COVID-19 relief bill, Democrats on Friday made a change to jobless benefits in...

The US added 379,000 jobs in February, signaling the recovery is finally gaining steam

The US economy added 379,000 jobs last month, far more than economists had expected, signaling the labor market recovery is finally gaining steam. The...

President Biden and moderate Senate Democrats have struck a deal to limit eligibility for direct stimulus checks to Americans, lowering the income level for...

President Biden has agreed to narrow eligibility for a new round of $1,400 stimulus payments in his $1.9 trillion coronavirus relief bill, a concession to...

What Americans Think About The Minimum Wage And Their Governors
ANALYSIS

Democrats got some bad news last week when the Senate parliamentarian ruled that the Senate could not include a minimum-wage hike as part of its COVID-19...

Hiring accelerated sharply in February as restaurants and other hospitality businesses reopened, adding 379,000 to U.S. payrolls and fueling renewed growth as...

Senate Democrats have struck a deal to lower the income cut off for receiving a stimulus payment as part of the coronavirus bill, a Democratic aide confirmed...

Economy beat expectations with 379,000 jobs in February, led by rebound at restaurants and bars

The economy added 379,000 jobs in February and unemployment ticked down to 6.2%, the Bureau of Labor Statistics reported Friday, as the pandemic receded and...

The Senate on Wednesday is slated to advance a $1.9 trillion spending package after working out a deal with centrist Democrats on stimulus checks and enhanced...

Everyone Is Essential
OPINION

Politicians have too much power over our lives. Many used the pandemic as another excuse to take more. Early on, politicians declared that they would...

Democrats Can't Use Reconciliation To Pass a $15 Minimum Wage. Here's What They Might Do...
ANALYSIS

Democrats won't be able to use a shortcut around the Senate's filibuster rules to pass a $15 federal minimum wage with a simple majority—but Sen. Bernie...