Biden Campaign Commits to 3 Presidential Debates Ahead of November Election 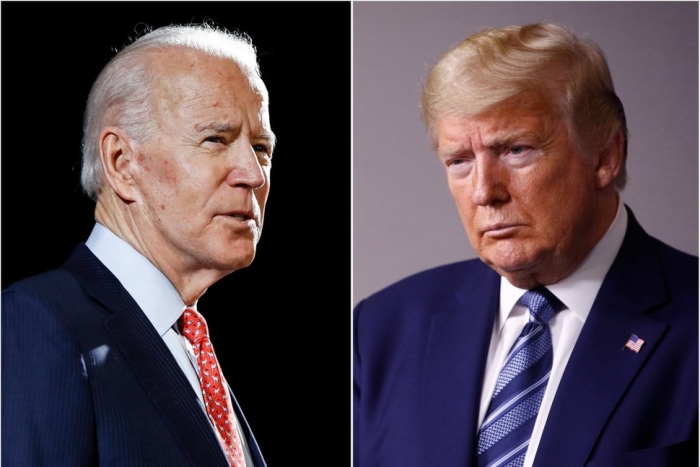 The debates against President Donald Trump are scheduled to take place in September and October.

THE CAMPAIGN OF Democratic presidential nominee Joe Biden has committed to three scheduled debates with President Donald Trump ahead of the general election in November.

Biden's campaign sent a letter to the Commission on Presidential Debates, stating that the former vice president will participate in the debates that had been previously scheduled by the commission on Sept. 29, Oct. 15 and Oct. 22, The Washington Post reported.

Afundamental test for any voting system is whether it treats citizens equally. America’s presidential election uses the “electoral college”, which allocates...

It’s a good sign that with his first important decision as a presidential nominee, Joe Biden got it right. Kamala Harris was the best available choice for a...

Could Kanye West Be Charged With Electoral Fraud?
ANALYSIS

Given that he didn’t announce his candidacy until July, Kanye West’s presidential bid has been an uphill battle from the start. But now, his campaign is facing...

“This really puts the Trump campaign in a box: whether you portray her as pro-police or anti-police,” said one Republican donor and Trump supporter. “They are...

It’s Way Too Soon To Count Trump Out
ANALYSIS

Joe Biden currently has a robust lead in polls. If the election were held today, he might even win in a landslide, carrying not only traditional swing states...

How does Kamala Harris change the presidential race?

The president's son-in-law and senior adviser Jared Kushner met recently with hip hop artist Kanye West as the latter has stepped up his efforts to be on the...

You have to win first: What Joe Biden's pick of Kamala Harris tells us about Biden
ANALYSIS

The biggest impact of Joe Biden's choice of California Sen. Kamala Harris as his running mate? It's likely to be what it tells voters about Biden. Vice...

NYPD union endorses Trump: ‘We need your strong voice across the country’

The New York City Police Benevolent Association personally endorsed President Trump on Friday night for the next election as the commander in chief leans into...

On Aug. 6, President Trump accused Joe Biden of being "against God." When I read this on Aug. 7, I released the following tweet, "Trump has no business...

Election 2020: The Year of Weird
OPINION

One of the strangest years in American politics keeps getting stranger. One example is what’s happened to the quadrennial national party conventions, which...

In her first speech since Joe Biden selected her as his running mate, Senator Kamala Harris told multiple lies. To wit: “The president’s mismanagement of...

President Trump said Wednesday the "suburban housewife" will vote for him over his presumptive Democratic rival Joe Biden -- citing his administration’s...