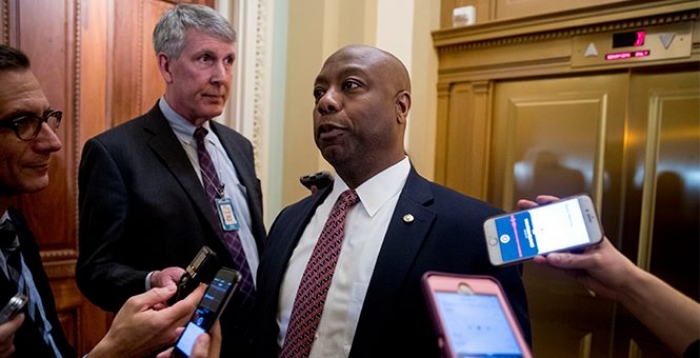 The GOP Senate majority is set to vote on police reform legislation introduced by Sen. Tim Scott (R-SC), also known as the JUSTICE Act. Senate Democrats signaled that they will block the legislation, claiming that the bill is “half-assed” and does not reach far enough. The JUSTICE Act will ban the use of chokeholds, improve hiring practices and regulate “no-knock” warrants, among other things, but does not include an explicit provision to end qualified immunity.

What’s Happening To Rebekah Jones, The Florida Data Scientist Who Was Just Arrested

On January 17, Rebekah Jones turned herself in to Florida police after they issued a warrant for her arrest. She was charged with one count of offenses against...

Alleged members of anti-government militia groups and a U.S. Army Reservist with alleged White supremacist beliefs are among the latest suspects charged in the...

Does the U.S. need a domestic terrorism law to fight extremism?

The deadly attack at the U.S. Capitol last week has revived an ongoing debate over whether federal law enforcement should be given more authority to fight...

Prosecutors have said those who stormed the Capitol last week intended to "capture and assassinate" elected officials while arguing that the so-called "QAnon...

The U.S. Capitol Police turned down offers for support from the National Guard and the FBI to help manage what ended up becoming a massive Capitol security...

Prosecutor Will Not File Charges Against Officer Who Shot Jacob Blake

A prosecutor did not file charges against the police officer who shot Jacob Blake in the back in Kenosha, Wisconsin in Aug. 2020. Kenosha County District...

The Media Said Jacob Blake Was Unarmed When He Was Shot. Blake Ends That Narrative.
ANALYSIS

Jacob Blake admitted during his one-on-one interview with ABC News' "Good Morning America" that he was armed with a knife at the time he was shot seven times...