In time of trauma, Trump congratulates self 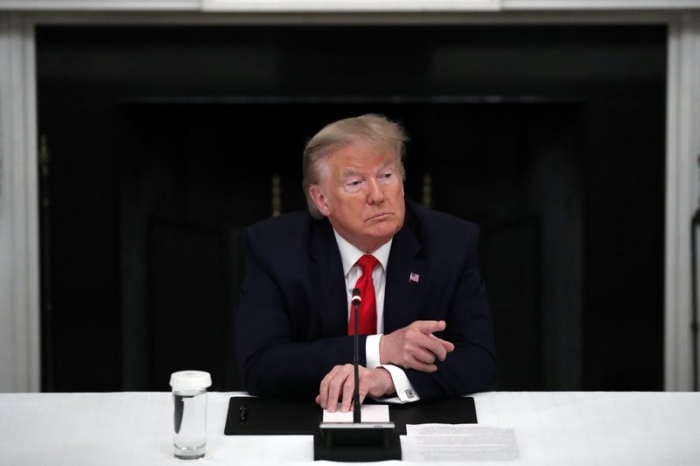 WASHINGTON (AP) — President Donald Trump prefaced the revival of his campaign rallies with days of self-congratulation, a familiar pattern that has not been disturbed by the traumas of this time.

He devoted attention to the Obama administration, trashing it even while claiming some of its achievements as his own. Perhaps most brazenly, he claimed credit for reducing suicides by veterans and offering them same-day emergency mental health counseling at Department of Veterans Affairs centers, achievements he inherited and did not build on.

How Trump should change the way journalists understand “objectivity”
ANALYSIS

The American media ecosystem has become saturated with misinformation and noise because the press remains committed to a set of norms that are ill-adapted to...

Can you get the coronavirus twice?
FACT CHECK

Can you get the coronavirus twice? Scientists don’t know for sure yet, but they believe it’s unlikely. Health experts think people who had COVID-19 will...

What role do kids play in spreading the coronavirus?
FACT CHECK

In the debate over whether schools across the US should open in the fall, questions continue to be raised about how the coronavirus affects children....

In his Fourth of July speech, President Donald Trump reflected on the nation's history and its accomplishments. He also made several false claims about the...

WASHINGTON (AP) — President Donald Trump’s persistent see-no-evil posture on coronavirus testing — if you don’t look for the virus, the cases go away — defies...

A Republican TV ad targeted at Latino voters in large cities falsely claimed that Joe Biden “promised his party an African American Vice President. Not a...

In a flurry of tweets and remarks, President Donald Trump continued to distort the facts on the coronavirus pandemic: In a series of comments focused on the...

In a July 30 tweet, President Donald Trump suggested for the first time that the 2020 election should be postponed, drawing — once again — false distinctions...

In mid-2020, the American biotechnology company Moderna received prominent news coverage about their efforts to develop a vaccine to deal with the COVID-19...

An image shared on Facebook over 3,200 times purportedly shows U.S. protesters throwing a statue into the water. Verdict: False The photo actually...

CNN anchor Jake Tapper offered a rare defense of White House press secretary Kayleigh McEnany after many members of the media, including his own network...

An image shared on Facebook purportedly shows a new antifa flag that closely resembles a Nazi flag. The top photo has been digitally altered in an attempt...