The ‘Absurd’ New Reality of Reporting From the U.S. 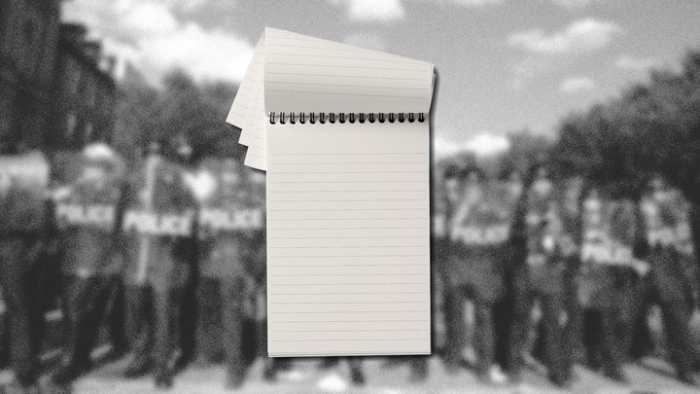 When the French journalist Sonia Dridi talks about her experience covering the past few weeks of protests against racism and police brutality in the United States, she often thinks back to another story she covered.

The scene, seeing everyone running around Lafayette Square, really made me think of Egypt,” Dridi, a Washington correspondent for the broadcaster France 24 and other French media outlets, told me of one of the early nights of protests in the capital following the killing of George Floyd.

How the Media Could Get the Election Story Wrong
ANALYSIS

Picture this Thanksgiving: turkey, football (maybe), tenser-than-usual interactions with relatives. And perhaps a new tradition: finding out who actually won...

If you’ve recently spotted a little secondary box underneath a Google News story that gives you a big-picture understanding of the news, you’re not alone:...

Jared Kushner and Steve Bannon were sitting together on the terrace on the 14th floor of Trump Tower on Tuesday, November 8, 2016, despairing over the early...

Chris Wallace is a registered Democrat who hosts “Fox News Sunday,” a child of two Jews who keeps a rosary by his bedside, a Washington wonk who has vacationed...

Yes, Fake News Is a Problem. But There’s a Real News Problem, Too.

What do you call it when a hedge fund buys a local newspaper and squeezes it for revenue, laying off editors and reporters and selling off the paper’s downtown...

Producer Ariana Pekary recently resigned from MSNBC with an open letter accusing the news network of predicating its editorial process on ratings and alleging...

Just a few weeks ago the idea of “peaceful riots” would have seemed absurd, but the American media is nothing if not inventive these days. Earlier this week,...

As Washington intensifies its focus on the influence of social media platforms on American life and the democratic process, the heated rhetoric and myriad...

More than 280 journalists, editors and other employees at The Wall Street Journal sent a letter to their publisher expressing concerns about misinformation in...

MSNBC producer Ariana Pekary blasted the network as a “cancer” in an open letter explaining her reasoning for quitting, the New York Post reports. In her...

An MSNBC producer released a scathing open letter after quitting her job — accusing the network of becoming a “cancer” that “blocks diversity of thought” and “...

Former MSNBC Producer Explains Why She Left in Blistering Letter

What’s it like behind the scenes at MSNBC? Ratings and politics were at the core of every editorial decision, according to one former producer, forcing “...

It turns out Christopher Steele wasn’t 007. For years, the media assured Americans that the dossier alleging treasonous collusion between Donald Trump and...

This, along with the pandemic, is clearly the preeminent political issue of Summer 2020 — as opposed to the presidential campaign, which is almost like an...