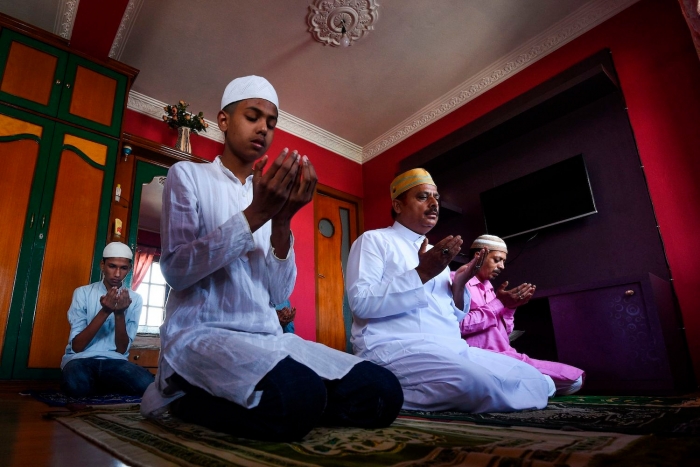 KATHMANDU, Nepal—In Nepal, Muslims, who make up about 4 percent of the population, have lived peacefully alongside the majority Hindu population for centuries, arriving as immigrants from elsewhere but establishing strong communities. Nepalis pride themselves on a history of religious tolerance, even in a region where faith has often had bloody consequences.

But India’s right-wingers are trying hard to change that.

India’s Hindu nationalist fundamentalists and its Islamophobic media are taking advantage of the coronavirus to push hatred to Nepal through popular Indian news channels and social media.

The mayor of South Korea's capital has been found dead, more than half a day after giving his daughter a will-like message and then leaving home, police said...

Some of India's popular monuments have reopened for the first time in more than three months, but its most famous - the Taj Mahal - and others in the city of...

India has told two state-run telecoms firms to use locally-made rather than Chinese telecom equipment to upgrade their mobile networks to 4G, a senior...

In China-India Clash, Two Nationalist Leaders With Little Room to Give

They are both ambitious, nationalist leaders, eager to assert greater roles for their countries in a turbulent world. With major challenges at home, neither...

At least 20 Indian soldiers have been killed in a violent face-off with Chinese forces on the disputed border, the Indian army has said, in a major escalation...

Hong Kong is delaying its upcoming election by a full year. Hong Kong Chief Executive Carrie Lam on Friday said the Legislative Council election that was...

Afghanistan’s Gen Z Is Fighting Back

KABUL, Afghanistan—There were few things that scared Fatima Khalil, a 24-year-old human rights activist who torpedoed her way across an increasingly volatile...

“Thousands of people in Hong Kong defied a police ban Thursday evening, breaking through barricades to hold a candlelight vigil on the 31st anniversary of...

India has seen a sudden increase in attacks on Christians as more people are circulating since the COVID-19 lockdown was lifted. According to International...

Initial reports on the number of soldiers who were killed in a border battle this week between India and communist China suggested that several soldiers were...