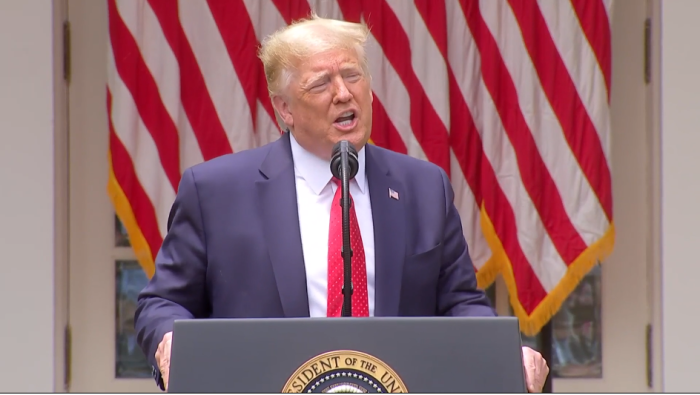 President Donald Trump on Tuesday falsely suggested that scientists have developed a vaccine for AIDS, the late stage of HIV infection in which the virus badly damages the immune system.

“They’ve come up with the AIDS vaccine,” Trump said during a press conference on police reform, referring to scientists. “As you know, there’s various things, and now various companies are involved.”

Trump later appeared to backtrack those comments, saying, “AIDS was a death sentence, and now people live a life with a pill. It’s an incredible thing.”

Read full story
Some content from this outlet may be limited or behind a paywall.
Coronavirus, DEA, Donald Trump, White House, AIDS, Science