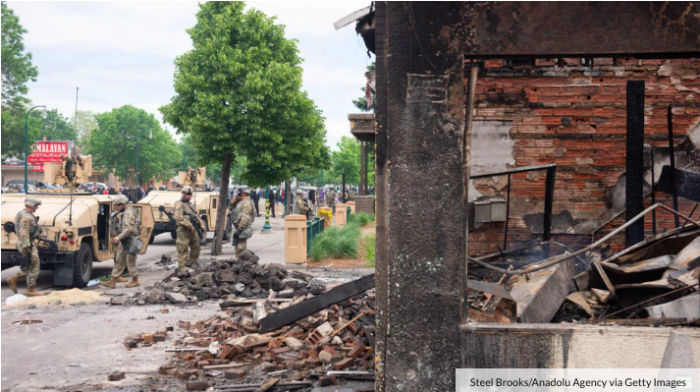 The Minneapolis mayor is asking for federal help cleaning up and rebuilding his city after rioters caused at least $55 million worth of damage through looting, burning, and defacing public and private property.

That cost estimate is likely to increase in the coming days as government officials continue to tally the damage done in the wake of George Floyd’s death, Mayor Jacob Frey said according to the Minneapolis Star Tribune. Minnesota Gov. Tim Walz and the state’s congressional delegation are also pushing the Trump administration and Congress for funding.

Read full story
Some content from this outlet may be limited or behind a paywall.
George Floyd Riots, Riots, Race And Racism, Race & Racism, Minneapolis, Violence, Minnesota, Violence In America