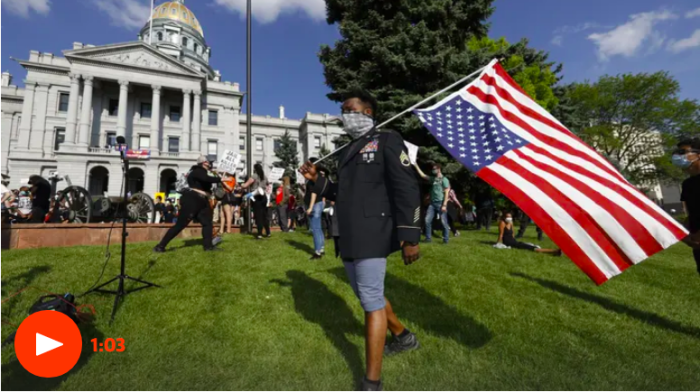 Shots were fired and protesters blocked traffic and smashed car windows during a demonstration in downtown Denver to protest the death of a George Floyd. There were no immediate reports of injuries.

Gary Cutler, a spokesman for the Colorado State Patrol, said the shooting happened in a park across the street from the Capitol. Most of the protesters already had left the area and were marching downtown.

PERSPECTIVES BLOG
Calling Out or Calling In?

“I Don’t Trust the People Above Me”: Riot Squad Cops Open Up About Disastrous Response to Capitol...

The riot squad defending the embattled entrance to the west side of the U.S. Capitol was surrounded by violence. Rioters had clambered up the scaffolding by...

On Jan. 8, 2021, The New York Times reported that U.S. Capitol Police Officer Brian Sicknick succumbed to injuries sustained during his on-duty efforts to...

Congressman Matt Gaetz called for answers on Monday into the lack of video evidence regarding the death of Capitol Police Officer Brian Sicknick during the...