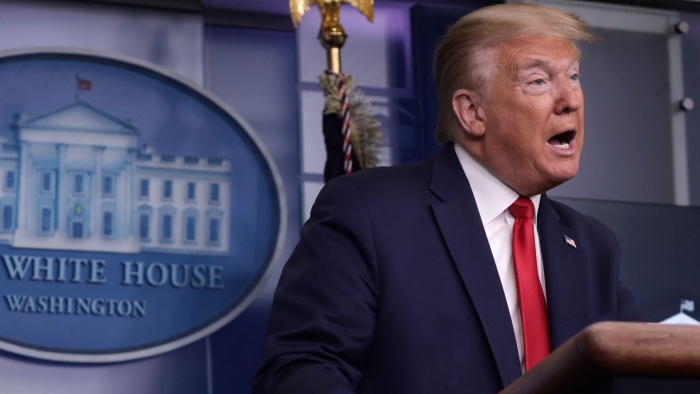 The husband of Lori Klausutis, an aide to Joe Scarborough when he was a member of Congress who died in 2001, asked Twitter CEO Jack Dorsey to take down President Trump's tweets baselessly accusing the MSNBC host of murdering her, according to a letter obtained by the New York Times' Kara Swisher.

The state of play: Timothy Klausutis asked Dorsey to delete the tweets because Trump "has taken something that does not belong him — the memory of my dead wife and perverted it for perceived political gain."

NEWS
The Left Needs to Reclaim Free Speech
The Nation

NEWS
Cancel Culture Is Out of Control
Reason

’m a reluctant participant in the debate over free speech and the alleged threat of “cancel culture.” I’ve hesitated to join in part because these...

The Harper's Letter on "Justice and Open Debate"

Some 150 writers, academics and activists - including authors JK Rowling, Salman Rushdie and Margaret Atwood - have signed an open letter denouncing the "...

FBI agents did not follow Justice Department guidelines intended to protect journalists and their sources when they questioned Bryan Carmody during last year’s...

Cancel Culture Is Out of Control
OPINION

The online mob came for Harald Uhlig. What terrible thing had he done? As I show in my new video, he tweeted that Black Lives Matter "torpedoed itself, with...

Free speech is a value, not a right. Understanding this distinction sheds light on the various debates in the culture war—who social media platforms should ban...

The Media’s War on Words
ANALYSIS

I recently ran across a piece in the Philadelphia Inquirer that lays out four racist words and phrases that should be banished from the English language. It...