The ‘Liberal Leaning’ Media Has Passed Its Tipping Point 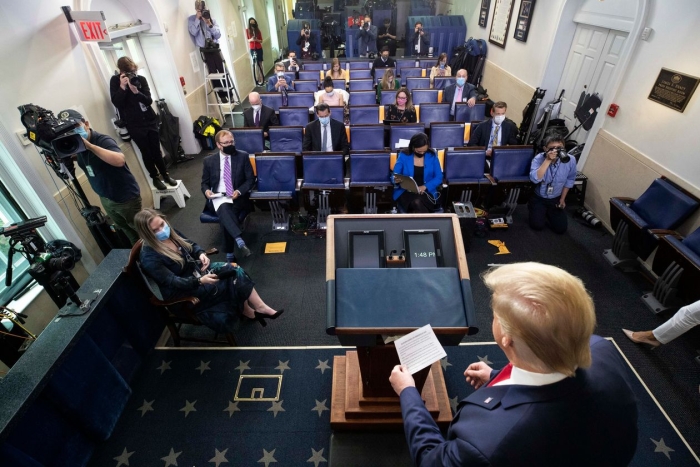 A return to balance would be commercially unviable. The best solution may be an honest embrace of bias.

About 35 years ago I was sitting at lunch next to Jeane Kirkpatrick, a onetime Democrat who became a foreign-policy adviser to President Reagan and later U.S. ambassador to the United Nations. She was lamenting what she called the “liberal leaning” media. As the president of CBS News, I assured her it was only a “liberal tilt” and could be corrected.

In mid-March, as New York became a global coronavirus hot spot, signs pointed to Florida suffering the same fate. The news filled with aerial photos of...

BRIAN KILMEADE (CO-HOST): This is playing politics with intelligence. Know what the key is here? We cannot pull totally out of Afghanistan. We will turn over...

NN star Van Jones has a habit of upsetting his fellow Black activists, progressive policy advocates, and liberal Democrats by cozying up to the Trump White...

On Tuesday afternoon, NBC News reported that Google had "banned" two "far-right" online publications, Zero Hedge and The Federalist, from its advertising...

Black, Hispanic and white adults feel the news media misunderstand them, but for very different...

Tensions inside American newsrooms have emerged amid the recent protests over the killing of George Floyd while in police custody, including clashes between...

President Trump's pick to lead the U.S. Agency for Global Media, Michael Pack, showed up to work Wednesday for the first time after being approved by the U.S....

Why New York Times praises ‘cancel culture’ but skips over its own racist history: Goodwin
OPINION

In a recent article about Mount Rushmore, The New York Times said of George Washington, Thomas Jefferson, Abraham Lincoln and Teddy Roosevelt that “each of...

The July 6 Washington Post carried a typically colorful headline on top of the Style section. “A binder full of bombast: Kayleigh McEnany plays her boss and...

When ‘Boundary Policing’ Becomes Intimidation: How the Media Protect Their Turf
ANALYSIS

Two weeks ago, the author of the Slate Star Codex (SSC) blog deleted its archive after a New York Times reporter threatened to leak his personal information in...