Russia asks for 18-year sentence for American accused of spying 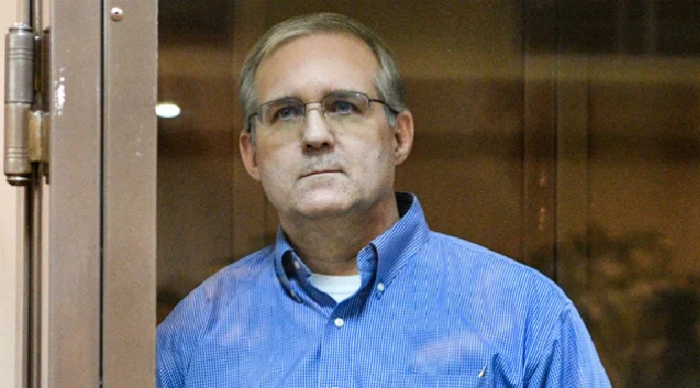 Russian prosecutors on Monday requested an 18-year sentence in a maximum security prison for former U.S. Marine Paul Whelan, who was accused of spying, his lawyer told reporters.

Whelan, a U.S. national with British, Canadian and Irish passports, was detained in December 2018 in Russia but has claimed he was set up and pleaded not guilty, Reuters reported,

“The prosecution has made a very harsh demand, it’s absolutely unjustified and groundless. To be honest, we’re in shock,” Whelan’s lawyer Vladimir Zherebenkov told reporters.

NEWS
Carter Page: ‘I was a pawn in the Democrat crusade to bring down Trump’
New York Post (News)

Russian Intelligence Hackers Are Back, Microsoft Warns, Aiming at Officials of Both Parties

The Russian military intelligence unit that attacked the Democratic National Committee four years ago is back with a series of new, more stealthy hacks aimed...

Former Director of National Intelligence Believed ‘Putin Had Something on Trump’: Woodward Book

Russian opposition leader Alexey Navalny is out of a coma, hospital says

Russian opposition leader Alexey Navalny is out of a medically induced coma, the German hospital where he is being treated said in a statement on Monday....

President Trump’s longtime lawyer and personal fixer, Michael Cohen, alleges in a new book that Trump made “overt and covert attempts to get Russia to...

How should we think about Russian disinformation?
ANALYSIS

LAST MONTH, the Senate Intelligence Committee published a damning bipartisan report on Russia’s meddling in the 2016 election. Since then, we’ve heard more...

Russian government hackers have targeted at least 200 organizations tied to the 2020 U.S. election in recent weeks, including national and state political...

The Coming Wave of Disinformation

Voting in the 2020 U.S. elections will come to a close in 70 days, and disinformation experts are working around the clock to safeguard the democratic process...

Carter Page: ‘I was a pawn in the Democrat crusade to bring down Trump’

Not until lurid headlines damned Carter Page as a traitor to his country in September 2016, six weeks before the presidential election, did he realize someone...