World, China, Asia, Europe, international relations, Trade, Foreign Policy
Save for Later
Add to My Front Page
From The Right 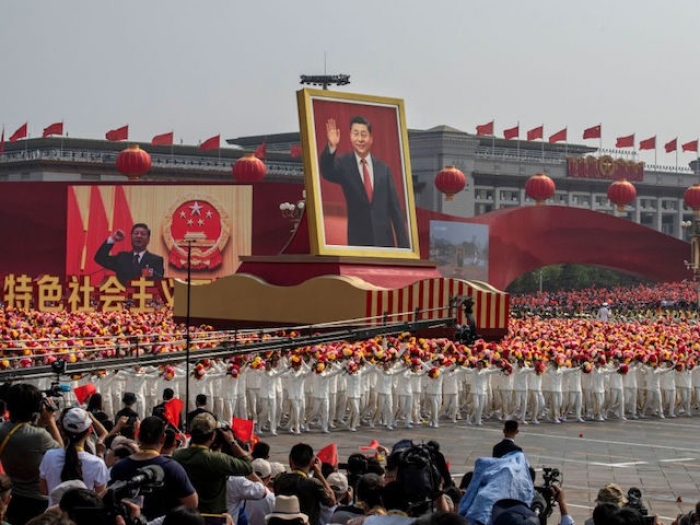 The European Union’s top diplomat has called for the bloc to have a “more robust strategy” toward China amid signs that Asia is replacing the United States as the centre of global power.

EU foreign affairs chief Josep Borrell told a gathering of German ambassadors on Monday that “analysts have long talked about the end of an American-led system and the arrival of an Asian century.”

“This is now happening in front of our eyes,” he said.

Borrell said the pandemic could be seen as a turning point in the...

Read full story
Some content from this outlet may be limited or behind a paywall.
World, China, Asia, Europe, international relations, Trade, Foreign Policy

Artemio and Marlen Garcia left Miami at 5:30 am on Sunday to arrive in Washington shortly before a midnight vigil to mark the 26th of July. The purpose of...

U.S. to begin evacuation flights for eligible Afghans at end of July

The Biden administration will begin offering evacuation flights to eligible Afghan citizens who aided the U.S. and its allies in the war at the end...

Biden announces up to $100M in aid for Afghan refugees

President Biden announced Friday his administration is allocating up to $100 million in new aid for Afghan refugees and migrants. Why it matters:...

Washington said punitive actions levelled by China on Friday against six individuals and an entity in the US are the latest in a string of “baseless...

CIA Director William Burns says he has redoubled the agency's efforts to uncover the cause of Havana Syndrome — the mysterious set of ailments that...

To Win Friends and Influence People, America Should Learn From the CCP
OPINION

Why is China winning the race for global influence? After all, the United States has almost twice as many diplomats stationed worldwide, spends 10 times as...

The Biden administration is launching an operation to relocate Afghan nationals who aided the U.S. military effort in Afghanistan and are in the process...

US Army Special Ops veterans take matters into their own hands to get trusted ally out of...

The lives of thousands of Afghan interpreters hang in the balance as districts in the unstable nation continue to fall to the Taliban amid the...

President Joe Biden rejected the notion Thursday that a Taliban takeover of Afghanistan is inevitable once a complete U.S. military withdrawal is...