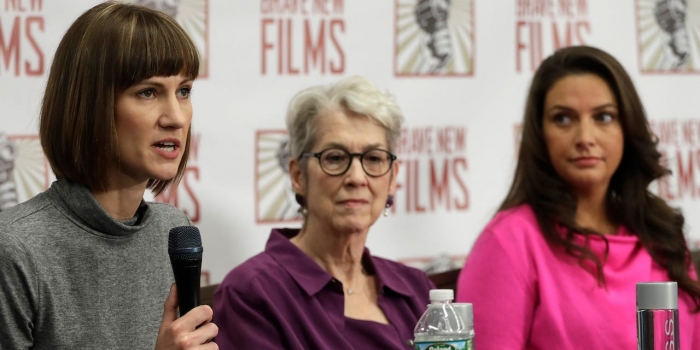 At least 25 women have made sexual misconduct allegations against Trump since the 1970s.

A deluge of women made their accusations public following the October 2016 release of the "Access Hollywood" tape, in which Trump was recorded boasting about grabbing women's genitals in 2005. Some others made their stories public months before the tape's release, and still others came forward in the months following.

Latinas Are Opening Up On Instagram About Why They Didn’t Report Their Sexual Assault And The...

TRIGGER WARNING for victims of assault. Recently we came across six stories by women who opened up about why they didn’t report their sexual assault via the...

Megan Thee Stallion was mocked after being shot. As she reclaims the narrative, Black women...
ANALYSIS

Since the release of her self-assured mix tape “Fever” last May, Megan Thee Stallion has ascended to a level of fame that is rare for emerging rappers — and...

A trove of court documents unsealed Thursday night appear to show that the late, accused sex trafficker Jeffrey Epstein was in contact with his now-charged...

A federal judge has unsealed hundreds of pages of deposition transcripts and other documents related to a now-settled defamation suit brought against Ghislaine...

WASHINGTON (AP) — Nearly 1 in 4 employees at the Department of Veterans Affairs say they have been subjected to unwanted sexual comments and other harassment...

CHICAGO (AP) — The baseless conspiracy theory took off after an anonymous user posed a bizarre question in an internet chatroom: What if retail giant Wayfair...

“I have never been in a more hostile, manipulative, passive-aggressive environment … and I worked in politics.” That’s Julia Payne, a former vice president...

Sen. Josh Hawley Says He 'Took on an Asian Trafficking Ring' and 'Freed a Dozen...

When Missouri police raided several Springfield massage parlors in 2017, as Sen. Josh Hawley (R–Mo.) tells it, it was a righteous rescue mission led by a...