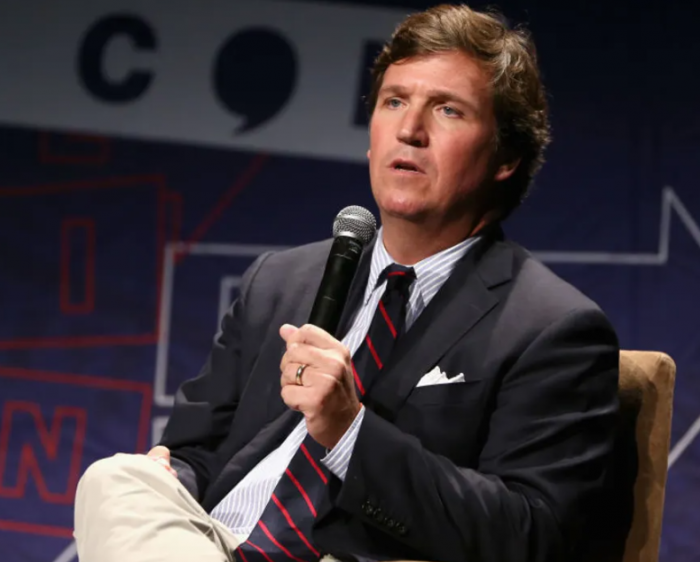 President Donald Trump had considered restoring partial American funding of the World Health Organization, but that was before Fox News host Tucker Carlson exposed the plan.

According to Axios, Trump was prepared to restore 10% of America's funding to the WHO to "maintain some influence over the organization."

But that all changed when Carlson revealed the president's plan to his viewers last Friday.

Carlson obtained a leaked letter draft that the White House was planning to send to WHO Director-General Tedros Adhanom Ghebreyesus. In the letter, Trump said he would...

NEWS
As One of Russia’s Leading Journalists Is Charged With Treason, a Chill Settles Over the Press
Daily Beast

NEWS
Crenshaw takes aim at Duckworth's patriotism, accuses her of supporting the 'destruction of America'
The Hill

As One of Russia’s Leading Journalists Is Charged With Treason, a Chill Settles Over the Press

MOSCOW—When the Russian Federal Security Service (FSB) arrested journalist Ivan Safronov on charges of "state treason" this week, many of his friends were...

Foreign journalists at Voice of America, the government-funded international broadcaster, will not have their visas renewed when they expire, according to a...

Trump is coming for your TikToks. According to Secretary of State Mike Pompeo, the administration is “looking at” the possibility of banning a range of...

Defense Secretary Mark Esper told lawmakers on Thursday he has launched an investigation into leaks across the Pentagon, in response to a series of "bad"...

Crenshaw takes aim at Duckworth's patriotism, accuses her of supporting the 'destruction...

(Reuters) - ByteDance is looking to make changes to the corporate structure of its short video app TikTok, a company spokesperson said on Thursday. TikTok...

'Walk a mile in my legs': Sen. Tammy Duckworth fires back after Fox News' Tucker...

Americans still follow COVID-19 news, though with less intensity; many say this news is becoming...

A large majority of Americans (86%) surveyed from June 4-10 say they are following news about the COVID-19 outbreak “very” or “fairly” closely. That portion is...

The Reporters Committee for Freedom of the Press is urging a Washington court to quash a subpoena requiring Seattle news outlets to turn over video and...

That’s Sen. Tammy Duckworth, Democrat of Illinois, firing back in a tweet at Fox News host Tucker Carlson, after he slammed her as a “deeply silly and...

Viral video platform TikTok’s withdrawal from Hong Kong is a savvy commercial move that sidesteps thorny privacy issues but it will not shield the app...

NBC News is looking to change up their newsroom. The organization has a goal of having a more diverse workforce, which NBCUniversal News Group Chairman Cesar...

Conservative political commentator Ben Shapiro is stepping down as the editor-in-chief of The Daily Wire, The Blaze reported Monday. Shapiro founded the...

The New York Times devoted its entire “Sunday Review” section this weekend to an economic manifesto that lays out a radical left-wing vision for redesigning...