Bias of The Marshall Project

The Next to Die: Watching Death Row

Criminal Justice, Justice Department, Justice, Capital Punishment and Death Penalty
Save for Later
From The Center 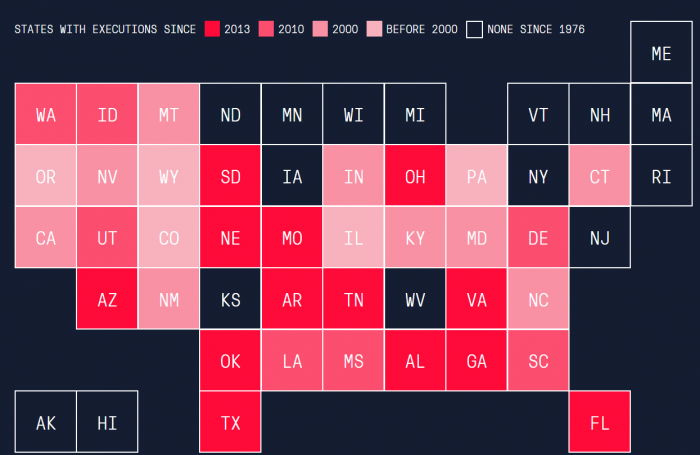 Looking back, we know quite a bit about who has been put to death in the United States. We know that the last person to be executed was Nathaniel Woods, who died two months and 13 days ago by lethal injection in Alabama. We have records that show he was the 1,517th person to have been executed since 1976. In fact, since executions resumed that year following a four-year suspension imposed by the Supreme Court, we know many specifics including race, age, sex and other information about those who have paid the ultimate price in the criminal justice system.

But there has been no detailed, up-to-date schedule of coming executions.