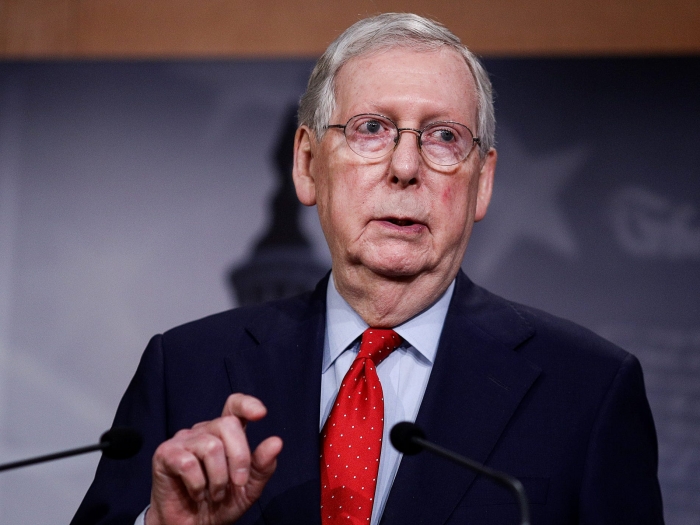 Senate Majority Leader Mitch McConnell walked back his claim that the Obama administration didn't leave President Donald Trump a plan for pandemics, saying he made a mistake.

McConnell said in a Trump campaign livestreamed event this week that the Obama administration didn't leave Trump "any kind of game plan for something like this."

Go ad-free! Support AllSides.
About these ads
More news about US Senate
https://www.businessinsider.com/mitch-mcconnell-walks-back-comments-on-obama-pandemic-plan-i-was-wrong-2020-5

ANALYSIS — A New York Times opinion piece by Arkansas senator and presidential-candidate-in-waiting Tom Cotton advocating the use of military force to put down...

Senate Democratic Leader Charles Schumer (N.Y.) faces a tough call on whether to let a Republican-backed police reform bill advance on the Senate floor next...

Senate Republicans on Wednesday unveiled their bill to reform the police, the latest effort by lawmakers to overhaul U.S. law enforcement in the face of...

A legislative fight over whether to rename military installations named after Confederate generals is quickly dividing Senate Republicans and creating campaign...

GOP lawmakers express interest in banning chokeholds, increasing accountability. Congressional Republicans are crafting their own proposals to respond to...